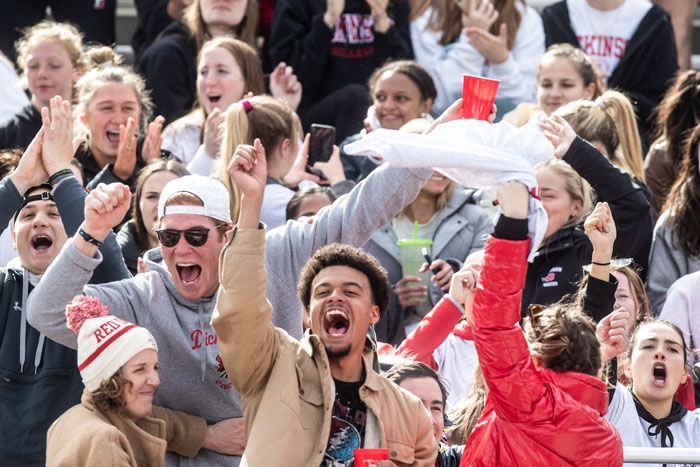 The weather held off Saturday, the sun shined (every now and then) on Red & White Day, and the Red Devils won the majority of their matchups across sports over the course of the afternoon. In other words, it was a day full of wins.

On the court, women’s tennis soundly defeated Muhlenberg, while at Dickinson Park softball split a doubleheader and baseball dropped both ends of their doubleheader with Haverford. At Biddle, men’s and women’s lacrosse came away with victories over Ursinus.

With their win, the No. 9 ranked men’s squad stayed undefeated, on the day the college celebrated the 70th anniversary of the program. The celebration included a reception and dinner with the current team, parents, alumni and coaches as well as an event for the David W. Webster ’88 Men’s Lacrosse Fund, which donors recently established to support the advancement of Dickinson’s men’s lacrosse program and honor Webster, the program's head coach. 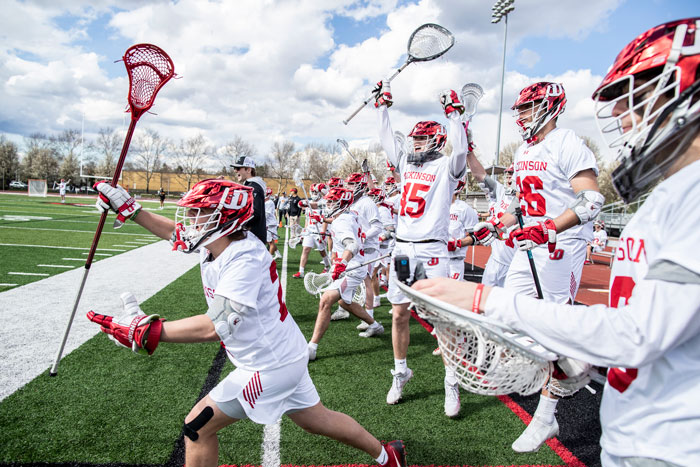 The day had an incredible turnout—at the sports events at Biddle and Dickinson Park, the All-Campus Picnic, tailgate, games for current and admitted students and the epic tug-of-war. Katie McArdle, head men's and women's swimming coach and aquatics director, gives a large share of the success of the day to students who helped coordinate.

“Above all, bravo to our student leaders on a wonderful job,” says McArdle. “You created something special today that will not only be a proud moment and memory for you and your student body but will also create incredible momentum for the future of Dickinson student life, the fan experience and athletics.” 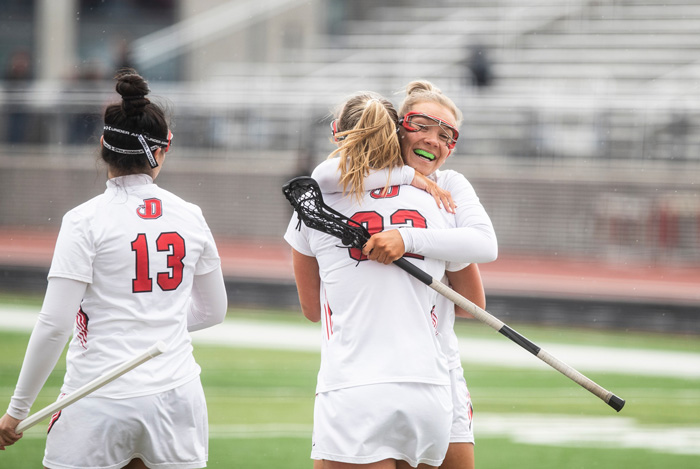