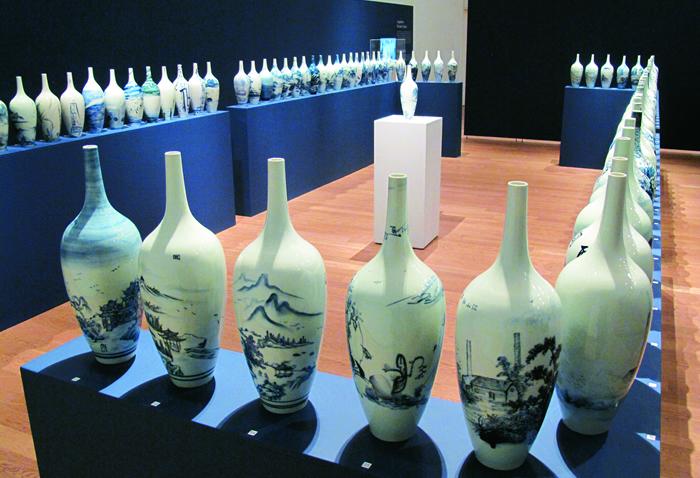 The Carlisle Area Health and Wellness Foundation awarded Joyce Bylander, special assistant to the president for diversity initiatives, a $2,000 grant for her program CONNECT, which offers full-day programming for at-risk, low-income middle-school youth. The mini-grant will support a summer program that focuses on healthy lifestyles. CONNECT is a partnership between Dickinson College, the Carlisle Arts Learning Center, the YWCA, the Carlisle Area School District and the United Way of Carlisle & Cumberland County.

The Department of German received $12,000 from the Max Kade Foundation to support a writer-in-residence during spring 2013.

Nearly 70 photographs from Archives & Special Collections were in Augenblicke für die Ewigkeit: GieBen im Sommer 1890, an exhibit at the Stadtarchiv in Giessen, Germany, that featured the photography of Charles Francis Himes, class of 1855 and Dickinson faculty member. The photos are part of archives' Charles Francis Himes Family Papers collection.

The Vase Project: Made in China - Landscape in Blue at the Gardiner Museum in Toronto was co-curated by Barbara Diduk, Charles A. Dana Professor of Art, and Zhao Yu, assistant professor at the Hunan Normal University, Changsha, China. Running Oct. 11-Jan. 13, The Vase Project celebrates the art of copying and the role of the usually anonymous artist in Jingdezhen, China. Working with 101 blank vases, the curators created a visual chain letter selecting factory workers and painters from independent workshops around the city to copy and hand paint a blue-and-white contemporary landscape based on their original sketch of the smoke stacks of Jingdezhen.

Professor of Music Blake Wilson recently published two essays: "Poliziano and the Language of Lament from Isaac to Layolle" in Sleuthing the Muse: Essays in Honor of William F. Prizer by Pendragon Press and "If Monuments Could Sing: Music and the Origins of Civic Devotion Inside Orsanmichele" in Orsanmichele and the History and Preservation of Civic Monument by Yale University Press. The second essay is the published version of an invited conference talk that Wilson gave at the National Gallery in Washington, D.C., in conjunction with the historic exhibition of early Renaissance Orsanmichele statuary.

Karen Kirkham, associate professor of theatre & dance, was named the executive director/artistic director of Pendragon Theatre. Based in the Adirondacks, Pendragon is an ensemble of artists dedicated to preserving the vitality and enhancing the quality of professional theatre through year-round performance and educational programs.

Associate Professor of Art & Art History Crispin Sartwell recently presented two lectures—Holding on for Dear Life: The Value of Realism in Art and Constriction and Creativity: Tradition and Innovation in Bluegrass Music at the Mary B. Martin School of the Arts at Eastern Tennessee State University.

Nicola Tynan, associate professor of economics, received a $4,000 fellowship research grant from the Earhart Foundation. The award provides funding for travel to London to conduct archival research for her book project, "An Economic History of London's Water Supply, 1582-1904."

Assistant Professor of Philosophy Chauncey Maher published The Pittsburgh School of Philosophy as part of the series Routledge Studies in Contemporary Philosophy.

David Strand, Charles A. Dana Professor of Political Science, and Ann Hill, professor of anthropology, received a $400,000 Luce Initiative on Asian Studies and the Environment (LIASE) Implementation Grant from the Henry Luce Foundation. Building on the achievements of a successful LIASE Exploration Grant in 2011-12, this new four-year grant will further infuse the study of Asia through the lens of the environment and sustainability across the Dickinson curriculum. The project will expose more faculty and students from a variety of disciplines to Asia through projects involving pedagogical collaboration and direct contact with the region as a human and natural environment.