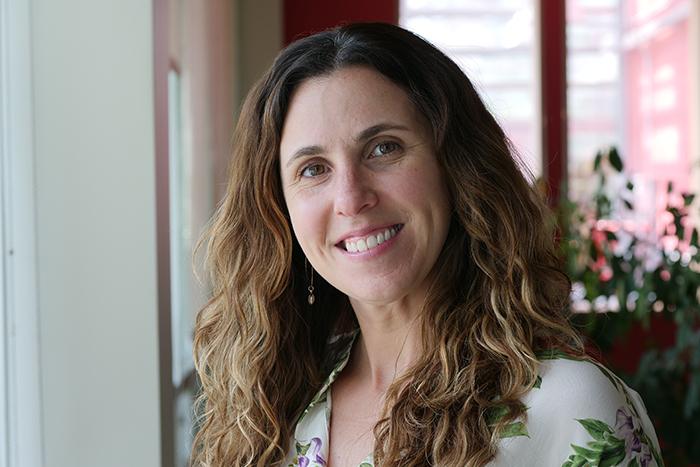 A Dickinson College professor’s newly published research reveals that perception may be as important as reality when it comes to the link between socioeconomic status and health. The American Psychological Association’s journal Health Psychology published the study by Assistant Professor of Psychology Christine Guardino.

In the study, Guardino finds new mothers who see themselves as lower on the socioeconomic ladder have worse health outcomes one year after their child’s birth than new mothers who see themselves as higher status. Among women whose basic material needs are met, this self-perceived status can have a stronger effect on health than their actual income and education level.

“Our findings highlight one way in which socioeconomic status may influence maternal health disparities,” said Guardino. “This could be particularly relevant right now, given the pandemic-driven upheavals in employment and increases in income inequality that may be affecting people’s perceptions of their own social status.”

While poverty has long been linked to adverse health outcomes, other previous research has found subjective social status—a person’s perception of their own social status relative to others in the U.S.—can also affect health. The study is the first to look at the health effects of subjective social status in postpartum women using physiological markers of health status, according to the researchers, and provides further evidence that people’s perceptions of their own social status can affect their health even beyond objective measures such as income and education.

Guardino and co-author Christine Dunkel Schetter, of the University of California Los Angeles, analyzed data from more than 1,000 new mothers in five areas across the U.S., representing people living in rural, suburban and urban settings. The data came from the NICHD-funded Community Child Health Network that focused on low-income families. Participants enrolled in the study during hospital stays following the birth of a child. During home visits at one month, six months and 12 months after the women gave birth, researchers collected health data including participants’ blood pressure, body mass index, cholesterol and cortisol levels. They also collected demographic data including education level and household income. And they asked participants to rate their subjective social status using an established method in which they showed the participants a picture of a ladder representing where people stand in the U.S. and asked them to indicate the rung on which they saw themselves (1 being the lowest and 10 being the highest).

However, the researchers also found that the association varied depending on participants’ income and education—it was strongest for participants whose incomes were higher than 153% of the federal poverty level and who had completed high school or more education.

“People living near or below the federal poverty level are often coping with inadequate food, shelter and access to health care, all of which influence health,” Guardino said. “Perceptions of social status may have stronger effects on health when people’s basic material needs are met.”