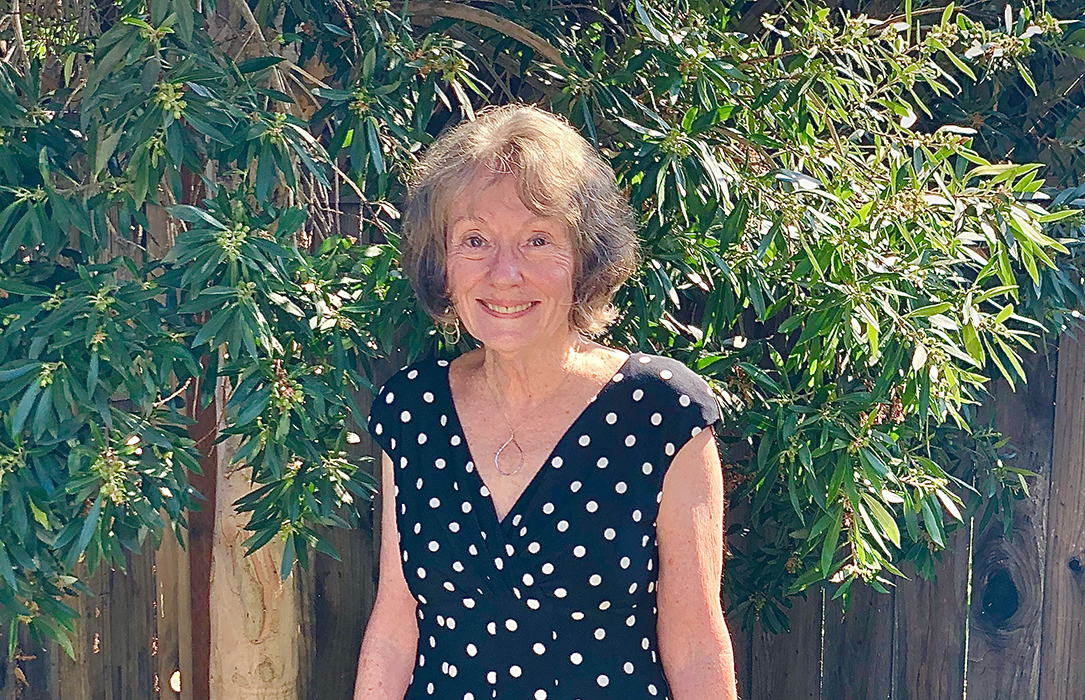 Long after her days as a Dickinson undergrad, Patricia Collins ’71’s intellectual curiosity and love of learning remains her guiding light. She’s grateful for the success and satisfaction her education has brought her, and she’s helping to ensure that current and future Dickinson students enjoy similar opportunities to continually learn, grow and thrive.

The first in her family to attend college, Collins applied Early Decision to Dickinson and earned a nearly full scholarship, supplemented through summer jobs as a nurse’s aide. After completing a double major in mathematics and philosophy, she applied concepts from both majors to a graduate-school project in electrical engineering, during which she created an elevator-floor announcement system for those with visual impairments.

Collins’ diverse skills in technology research, technical writing, reasoning and applied ethics distinguished her, also, throughout her 20-year career at Hewlett-Packard, where she contributed to corporate research projects such as speech recognition and machine learning for problem-solving. During the 10 years that followed, Collins researched and taught an interdisciplinary approach to requirements engineering and business management at Carnegie Mellon University. As an entrepreneur, she cofounded a public benefit corporation focused on first-responder communications.

After leaving academia, Collins has had more time to pursue writing, a passion since childhood, and learn more about global cultures. After traveling to southern Europe a few years ago, she’s now working on a book-length manuscript that combines travel reflections and recipes of the food she enjoyed while abroad. She also recently audited a Dickinson literature class and continues to meet with fellow Dickinson writers she met through the college’s alumni writing workshop. She believes that the world needs more globally minded, curious, interdisciplinary Dickinsonians who draw from different disciplines to solve problems and contribute meaningfully to society.

And so Collins gives back as a longtime contributor to the Dickinson Fund and as a volunteer. She conducts interviews with prospective students, participates in externships and recruitment events and also attends alumni regional get-togethers. Recently, while updating her legal documents, Collins stepped up her philanthropy and named Dickinson as a beneficiary of her estate.

“I believe that the best hope for ourselves, our country and our world is for liberal-arts colleges of Dickinson's caliber to become even stronger in their ability to have a positive impact. That takes more than good intentions and bold plans. It takes a lot of money,” Collins explains. “I'm counting on Dickinson to continue as an outstanding liberal-arts college throughout the 21st century.”