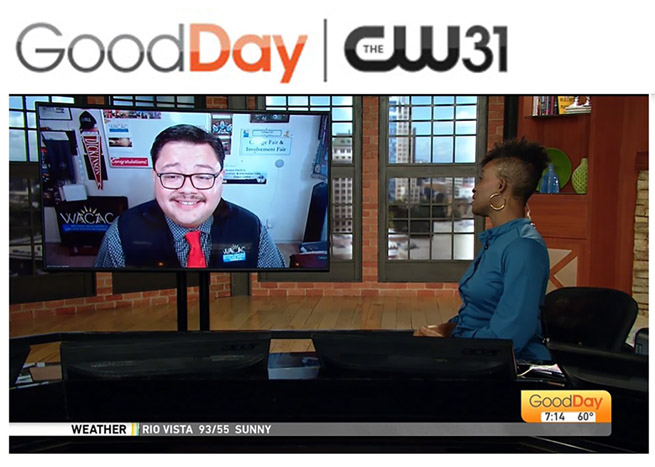 During the summer, two Dickinson faculty members were featured by National Geographic, while others were cited in The Washington Post, Science magazine and The Wall Street Journal. From local to state to national and international outlets, our faculty and administrators continue to be go-to sources for all manner of media.

Associate Professor of International Studies Shamma Alam discussed his research with the trade publication Kinesiology Today, which reported on his recently published findings linking physical inactivity and the Great Recession with implications for the COVID-19 pandemic.

Professor of Biology Scott Boback discussed rattlesnake predators for a story published in National Geographic. Additionally, Project RattleCam, which Boback co-leads, was featured in National Geographic. Boback discussed the project, and how community scientists can get involved, on WITF’s Smart Talk, as well as in a “5 Questions With” profile published in The Sentinel and in stories published in the Steamboat (Colo.) Pilot and The Tribune (San Luis Obispo, Calif.).

Professor of History David Commins shared historical context on the Taliban takeover of Afghanistan in a report on FOX43.

A video interview with Professor of Earth Sciences and Moraine Chair in Arctic Studies Ben Edwards was published by Insider. Edwards discussed the process, safety and tools used in collecting lava samples.

Lecturer in Psychology Michele Ford shared her expertise with The Washington Post for its story “How to Handle the Infuriating ‘Here We Go Again’ Feeling as the Delta Variant Rages.” The article also was published in the Seattle Times and Boston Herald.

Professor of Psychology Marie Helweg-Larsen discussed her work on optimistic bias for the story “Struggling to Assess Pandemic Risks? You’re Not Alone” in National Geographic. Additionally, an interview with Helweg-Larsen titled “Why We’re Bad at Assessing Risk” was published in Bottom Line Inc. Research by alumnae Laurel Peterson ’06 and Sarah DiMuccio ’15 with Helweg-Larsen has been published in the journal Annals of Behavioral Medicine.

Professor of Economics Ebru Kongar has co-edited a new book, The Routledge Handbook of Feminist Economics.

Associate Professor of Political Science Katie Marchetti published “Paganism, Gods and Goddesses Aside, Is the Most LGBTQ-affirming Faith in the U.S.” in The Washington Post.

Charles A. Dana Professor of Sociology and Director of Community Studies and Mosaics Susan Rose ’77 and College Archivist Jim Gerencser ’93 were interviewed by Scripps Television for the report “Historic Native American Boarding School System Faces New Scrutiny,” which aired on more than 60 affiliate stations across the U.S. They discussed the history and complex legacy of the Carlisle Indian Industrial School (CIIS) as well as the Carlisle Indian School Digital Resource Center (CISDRC), which they have developed into the most comprehensive, digitized collection of all remaining known documentation from the CIIS. The CISDRC, Gerencser and Rose have been cited and quoted in numerous publications recently, including Native News Online, The New Republic, CNN Online, Associated Press, WHYY-FM, ABC27 and FOX43.

Adjunct Faculty in American Studies Katie Schweighofer was quoted in the CNN online and CNN International story “There May Be More Olympians Who Identify as LGBTQ Than Ever Before. But There Are Limits to Inclusion.”

A story by Adjunct Faculty in Journalism Amy Worden, “More Than a Century Later, Disinterment Starts a Native American Girl Toward Home,” was published in The Washington Post.

Professor of Biology Chuck Zwemer discussed the importance of crisis management planning in an article in Science magazine.

Associate Provost and Executive Director of the Center for Global Study & Engagement Samantha Brandauer ’95 discussed the status of study-abroad programs with CBS21.

Vice President for Enrollment and Dean of Admissions Catherine McDonald Davenport ’87 discussed Dickinson’s pre-app for a story on “fee-free” admissions published in Inside Higher Ed. She also spoke to two network affiliates, FOX43 and WGAL, about Dickinson’s extension of test-free admissions.

Director of West Coast Recruitment Phil Moreno (pictured above) appeared as a live guest on Good Day Sacramento on KMAX-TV. He discussed advice for college applicants facing adversity from the pandemic and other emergencies, like the California wildfires.

Dean and Director of Academic Advising Tara Vasold Fischer ’02 discussed Dickinson’s new Explore More first-year program in the story “Some Colleges Ease Up on Pushing Undergrads Into Picking Majors Right Away,” which was published in The Hechinger Report and The Washington Post. Shea Player ’22 also was quoted in the piece.