How Leaders Are Made 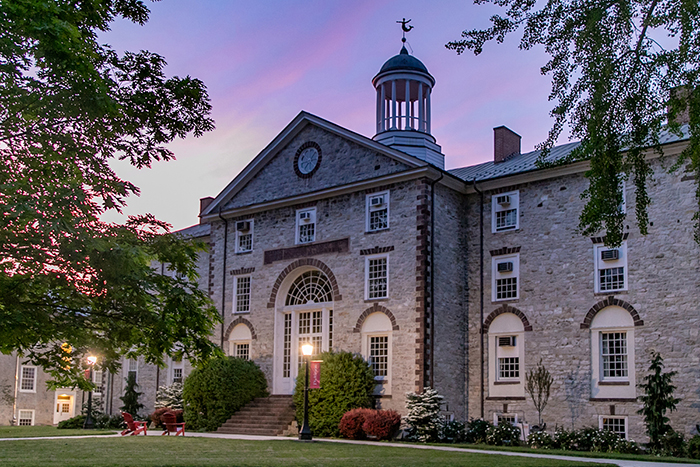 From CEOs and presidents to nanotech experts and entrepreneurs, find out what today's top leaders have in common

What does it truly take to be a leader? How does someone become the president of the New York Knicks? Or the CEO of L.L.Bean? Or one of the world’s foremost experts in nanotechnology?

You might think it takes a highly specialized education at a business school or a large research university, but that’s not the case. These leaders—as well as the founder and CEO of medical software giant Epic Systems, the chief operating officer of Post Holdings and the president of the Philadelphia Phillies—all have one thing in common.

They went to Dickinson College.

Dickinson is a highly selective liberal-arts college perfectly situated between New York City, Pittsburgh, Philadelphia and Washington, D.C. Founded in Carlisle, Pennsylvania, just days after the Treaty of Paris was signed, Dickinson is the first college chartered after the United States became a country, in 1783—and it’s been graduating leaders in every field on Earth for nearly 240 years. 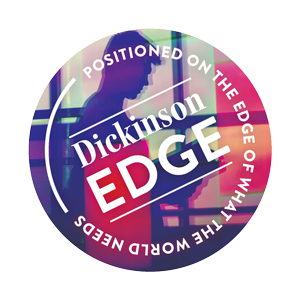 Dickinson’s combination of the liberal-arts, hands-on learning, one-on-one faculty attention and personalized career mentorship prepares students to think their way through the tangle of scenarios they’ll encounter in life. It provides the hard and soft skills to navigate life and the ever-changing future.

“I definitely am a good product of Dickinson’s liberal-arts approach, and it's served me incredibly well,” says Steve Smith '92, the CEO of L.L.Bean. “Dickinson engaged my curiosity, and I do think from a leadership perspective, people who are successful in business have a natural curiosity—they question things, they want to understand how things work, why things have been decided or why things have happened the way they've happened. Dickinson prepared me for that really well.”

As graduates like Smith, Ad Council President Lisa Sherman '79 and GeneOne Life Sciences CEO Young Park '87 put it, Dickinson teaches students how to learn. It doesn’t just provide skills and knowledge; it teaches its students how to think, how to unearth complex connections that remain invisible to everyone else.

“You need to be comfortable with there not being a rulebook and just think critically about what might make the most sense moving forward,” says Michael Lanz ’91, director of global client & agency solutions at Google. “Dickinson’s liberal-arts education helps you see all the dimensions of a problem and how you might want to fix things and develop a plan.”

A Passport to Success

For Lanz—as well as graduates like Los Alamos nuclear scientist Sean Finnegan '01 and CEO of Life Biosciences Jerry McLaughlin '90—a Dickinson degree is like a passport, where you’re not just free to explore myriad career paths but the world. In fact, the college also has one of the most lauded global programs in the U.S., with a top-5 national ranking for its study-abroad program, which sends 60% of its students to every inhabited continent on Earth.

Beyond Dickinson, what all these leaders share is an ability to break boundaries and lead across a variety of fields. In a world where the challenges in every industry can’t be solved by knowledge in only one subject, a narrow education in business, science or just one area of the arts or humanities no longer offers what it takes to succeed. So Dickinson prepares future leaders through the classics, through data analytics, through the sciences, through languages, through quantitative economics, through security studies. It opens their eyes to areas of study they didn’t even know existed and lights up their neurotransmitters like fireworks.

As Dickinson’s alumni illustrate, it’s not where you start on campus that matters—it’s all about where a Dickinson education takes you.

And once you’re there, it’ll take you anywhere you want to go.

Learn more about the Dickinson Edge and the top leaders who found that their Dickinson College education was the ultimate launchpad.