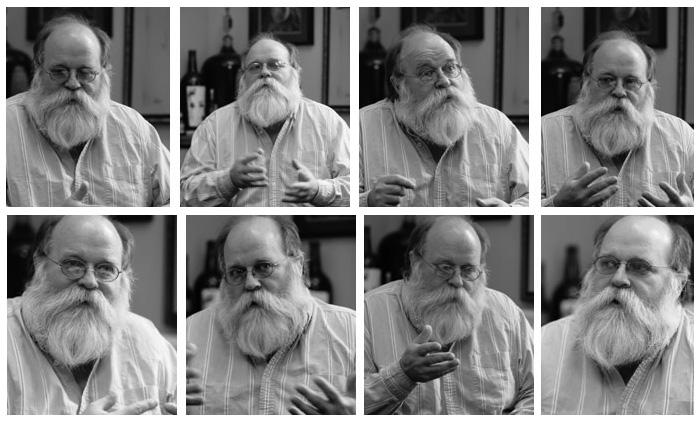 The associate professor of international business & management (IB&M) shares the formula for a useful business education and how wine changed his teaching focus.

Your managerial economics course is rigorous but transformative, as evidenced by the accolades it receives from former students who've gone on to successful careers in business and finance. What makes the course daunting and rewarding at the same time?

The course is a challenge for some because it requires competence in a variety of different intellectual arenas as well as the ability to integrate those seemingly disparate areas of thought. It's an intermediate microeconomics class taught from an empirical perspective. Students learn constrained optimization and introductory econometrics during the course of the semester. The driving force behind the course is to try to simulate the kinds of decisions students will analyze in the business world. They typically will make those decisions by analyzing data and most often, that data will be organized in Excel, which I use as a platform for teaching the entire course.

In addition to lectures, there is a required weekly Excel lab, which provides students the opportunity to dig in and apply what they have learned. Given this topic coverage, and the requirement that all IB&M majors take the course, I can see why some consider it daunting. End-of-semester evaluations confirm that students only realize how rewarding this course is in hindsight. But, as you note, I receive e-mails from former students often enough to know that what I am doing is making a difference for them early in their career.

Would you characterize data-driven decision making as one of your core teaching principles?

In the past few years I would say that that is true, but it is not how I was initially trained as an economist. Prior to my 1994-95 Seagram Classics Wine Company (SCWC) sabbatical, I never taught a course from a data-driven perspective. My training is as an economic theorist rather than as an empirical economist, but I acted as a managerial economist for SCWC and returned to Dickinson determined to create a course that simulated what I did for SCWC. The resulting course, Managerial Economics, fits nicely into the IB&M major that I helped introduce in the late 1990s. More than a 1,000 students have taken my course, and I have become a coauthor of a managerial economics text.

One of my other core teaching principles involves trying to make students see connections across academic disciplines. I am a strong believer in interdisciplinary scholarship. For example, my first-year seminar, The Role of Wine in American Society, examines the business, health and political aspects of wine, as well as the political geography of local land use.

The Pennsylvania Department of Health tapped you to collect and analyze data as part of its initiative to combat the childhood obesity epidemic. What are your findings?

First, I would like to acknowledge the seminal help I received from a former student, Brian Kamoie '93, in making this research possible. I was searching for a sabbatical project, and Brian introduced me to Everette James, who at the time was secretary of the Pennsylvania Department of Health (PADoH). He was implementing a pilot project called the Active Schools Program (ASP), which provided small cash grants to 40 middle schools that agreed to institute daily physical activity and to measure physical activity performance at the start and end of the school year. I helped PADoH collect and analyze that data during my 2009-10 sabbatical. I also received a Robert Wood Johnson Foundation (RWJF) Active Living Research (ALR) grant in 2010 to spearhead a control school analysis of the ASP. I have full data on more than 10,000 students, two thirds of which undertook daily physical activity, and one third which did not. These data show dramatic benefits to daily physical activity in increasing physical-activity performance, as well as more modest but statistically significant effects on decreasing Body Mass Index (BMI) and BMI percentile.

You describe empirical research as a nonlinear process and underscore that point in your 300-level course syllabus. How do you teach students to rise to the challenge of doing their own research?

Applied Empirical Analysis of Middle School Obesity is essentially an applied econometrics course. That I am allowed to teach this class as an IB&M elective is a testament to the flexibility that we enjoy as Dickinson faculty members. I provide students access to the data I collected from PADoH, through the RWJF/ALR control school analysis and school-district-level data from PADoH as well as the Pennsylvania Department of Education and the U.S. Census to examine the spatial variation in obesity and academic performance in Pennsylvania.

I have taught this course three times, and I am happy to say that students have risen to the challenge and produced substantive original research during the semester. The poster session from the most recent iteration was a huge success. Eleven students presented their original research on a variety of topics of their own choosing; Two chose a non-obesity related topic that builds on focal-behavior research I recently published using this data.

I organize this course as a research seminar. Students present their work to one another on a weekly basis and, in the process, they learn from their classmates as well as from me.