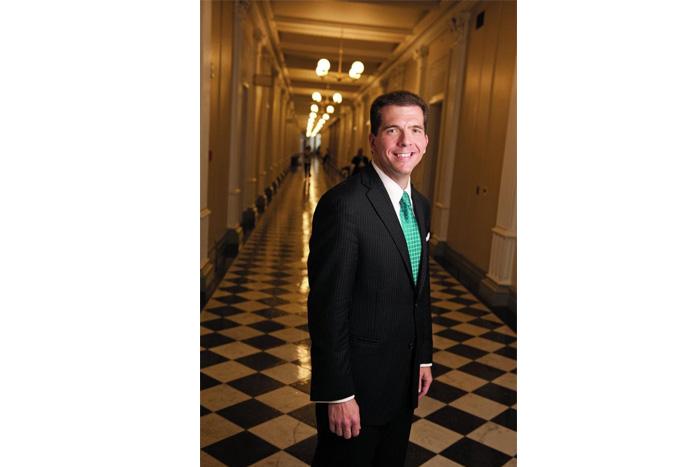 On Thursday, President Obama announced the appointment of new key officials, among them Brian Kamoie '93, who will join the Federal Emergency Management Agency (FEMA) in the Department of Homeland Security as assistant administrator for grant programs. Kamoie leaves behind nearly four years of service at the White House on Obama's National Security Staff, where he was the senior director for preparedness policy.

At FEMA, Kamoie will oversee a multibillion-dollar portfolio of federal homeland security financial-assistance programs. The programs are aimed at enhancing the preparedness of state, local, tribal and territorial governments and nonprofit organizations to prevent, protect against, respond to and recover from acts of terrorism and other disasters, and Kamoie says he is "deeply honored" to take on this new position.

Prior to his work in the White House, Kamoie served at the U.S. Department of Health and Human Services as deputy assistant secretary for preparedness and response and director of the Office of Policy, Strategic Planning & Communications (2007-2009) and as special assistant and senior policy advisor (2004-2006).

Read more: Hope for the Best, Plan for the Worst