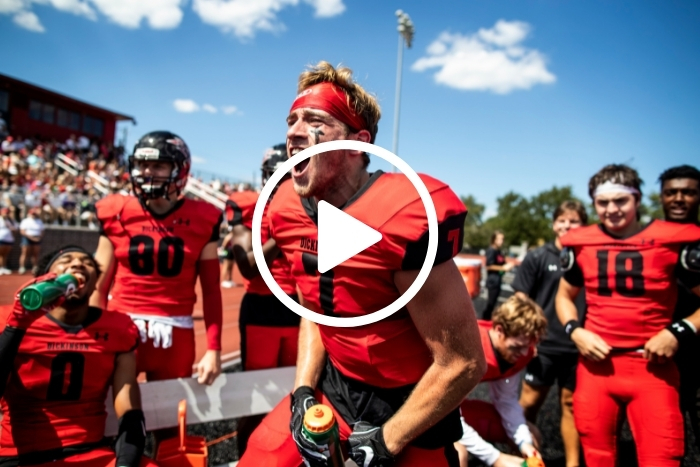 With four sports kicking off their 2021 seasons, there was no shortage of athletics excitement over the weekend

The field hockey team picked up its first win of the 2021 season with a 2-1 win over the No. 13 ranked University of Lynchburg Hornets on Saturday afternoon at Biddle Field. The squad will next travel to Susquehanna University on Sept. 8 for a 5 p.m. nonconference match.

While falling short of a victory, the Red Devils football team scored three touchdowns in a 21-31 loss to the No. 17 Randolph-Macon College Yellow Jackets. Dickinson returns to the Biddle Field turf on Sept. 12 at 1 p.m. to square off against Muhlenberg College in the team's Centennial Conference game of the season.

In other Red Devils action Saturday, four different women’s soccer players scored as the defense allowed just one shot, leading to a 4-0 win over Mt. Aloysius College in nonconference action. Dickinson’s No. 13 ranked team will have its home opener on Sept. 15 at 6:30 p.m., when they welcome Susquehanna University to Dickinson Park.

And Red Devils women's volleyball completed a perfect weekend at the Battlefield Classic hosted by Gettysburg College with a pair of straight-set wins on Saturday over Gallaudet and Messiah. The team will head to the Stevenson Invitational next Friday and Saturday, starting the tournament versus the host Mustangs at 6 p.m. in Owings Mills, Maryland.