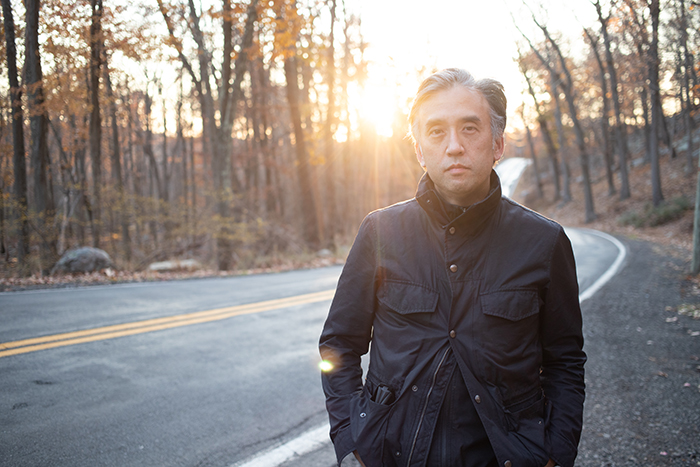 Starting a new role during a pandemic isn’t easy. Onboarding as college photographer in 2021? That presents a whole new level of challenge. “I like people, and I like to see their smiles. That disappears behind a mask,” says Dan Loh, a Pulitzer Prize-winning Associated Press (AP) photojournalist, who joined Dickinson’s community this spring. “I’m finding ways to convey the emotion behind the mask.”

Like former College Photographer Carl Socolow ‘77, and Pierce Bounds ’71 before him, Loh is quickly becoming one of the most-recognized, best-liked figures on campus. Here’s an introduction to the man behind the camera (and, currently, mask).

Loh’s father, a radiologist, worked in the Carlisle Hospital, and his mother, a violinist, played in the Harrisburg Symphony and Dickinson Orchestra. As a kid, Loh took in concerts and learned clarinet in Weiss Hall and swam at the Kline Center. The family attended Allison Church in the building that’s now Allison Hall.

Loh caught the photography bug after seeing Sentinel photojournalist Bill Smith in action during a Carlisle High football game. The summer after graduation, he interned at the Sentinel, with Smith as his boss.

“I discovered I liked taking pictures and having them speak—it was like finding a voice,” Loh remembers, adding that in those pre-social-media days, sharing photos with a wide audience was a privilege enjoyed by very few. “I knew exactly what time the paper went to press and exactly what time it would be in my mailbox. I couldn’t wait to see my picture in print.”

College Photographer Dan Loh's photograph of Monica Lewinsky, shown at the bottom of the far-left wall in a Newseum exhibit of Pulitzer Prize-winning photographs.

Loh earned a BFA at the Rochester Institute of Technology and interned for the AP’s bureau in Missouri, covering presidential campaign stops across the country. Then he was hired as an AP Pennsylvania Bureau staff photographer, based in Philadelphia.

Loh’s photograph of Monica Lewinsky and her lawyer, William Ginsburg, earned the young photographer a 1999 Pulitzer Prize. Taken in Philadelphia—four months into Loh’s Lewinsky assignment—it was not the first press photo of the former White House intern. But it was the first good shot, and it became an iconic image for national and global coverage of the unfolding events.

Two years later, Loh captured another widely recognized image. Driving to New York City from Philadelphia after the attacks on Sept. 11, 2001, he was unable to gain access to Manhattan—the tunnel was closed, and airplanes were grounded. So in between covering press conferences in New Jersey, Loh scouted out a spot on the Hudson with a Manhattan view. His photograph of a smoke-shrouded Ground Zero and Statue of Liberty was published worldwide and included in a Newseum exhibit.

After years with the AP, Loh launched a successful NYC studio. He enjoyed the work, but on earning his MFA at New Jersey City University, he envisioned a pivot to higher ed. What better place than at his old stomping grounds?

“When I started looking at colleges, Dickinson was the standard-bearer for me, in terms of what I thought a college should look like and be,” Loh says, “So in a sense, coming to Dickinson was like coming home.”

Loh's been busy photographing for the college's website and Facebook and Instagram feeds, among other outlets. He got his first big event-assignment in May, when he covered the class of 2021’s Graduate Recognition Ceremonies. He’d photographed Commencements before, but this time, the emphasis was on students, their families and the Dickinson community, rather than primarily on news-making guest-speakers.

“I understand what a milestone this is for the students and their families, and it’s an honor to capture the emotions of the occasion,” he says. “While it can be a bit tricky to show the emotion when they are wearing masks, you can learn to read someone’s eyes and see the smile in them. It’s something we’re all figuring out.”