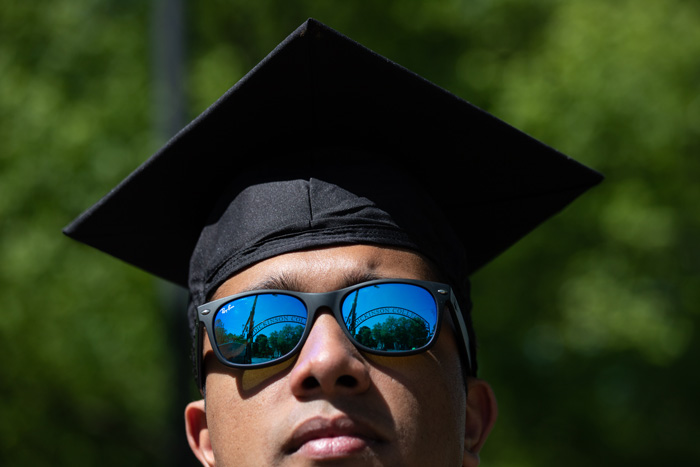 Members of the class of 2021 participated in the revered tradition of walking down the Old West steps as part of this year's Graduate Recognition Ceremonies on Saturday, May 15. Video of the graduates taking part in this tradition will be featured as part of the virtual Commencement Ceremony, which will be held at 2 p.m. EDT on Sunday, May 23. It will be broadcast on Facebook Premiere on the Dickinson Facebook page. 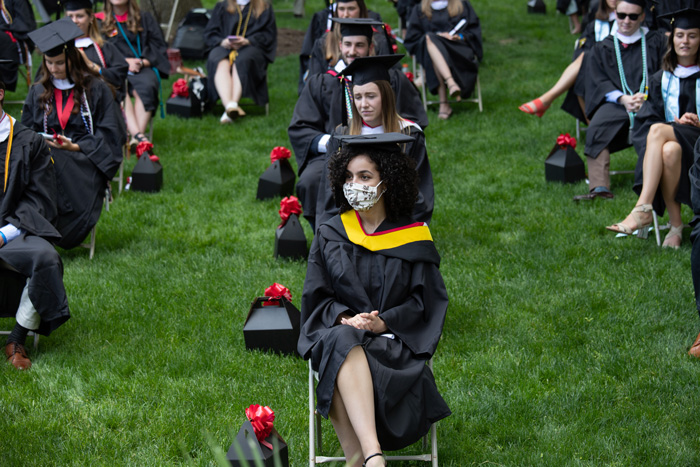 The virtual Commencement Ceremony will include brief remarks from President Margee M. Ensign, a pre-recorded address by the 2021 Commencement speaker Eric Holder, recognition of fellow honorary degree recipients Esther T. Benjamin and David McCormick, the presentation of the Sam Rose ’58 and Julie Walters Prize for Global Environmental Activism to the 2021 recipient Varshini Prakash, the announcement of the Young Alumni Trustee by Board of Trustees Chair John E. Jones III ’77 P’11, conferring of the degrees and elements of the Graduate Recognition Ceremonies.

Additionally, since the Commencement Ceremony for the class of 2020 was postponed due to the COVID-19 pandemic, graduates will be recognized, along with the speaker and honorary degree recipients, in a modified ceremony during Homecoming & Family Weekend in September. Lisa Sherman '79, president and CEO of the Ad Council, will be the Commencement speaker for the class of 2020 ceremony and will receive a Doctor of Public Service honorary degree. Michael B. Moore, founding CEO of the International African American Museum, will receive an honorary Doctor of Public History.