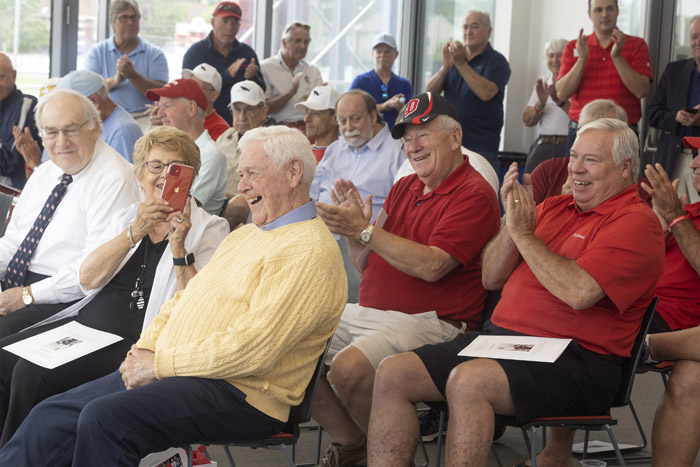 During Alumni Weekend, Dickinsonians gathered to pay tribute to the longtime coach and emeritus professor 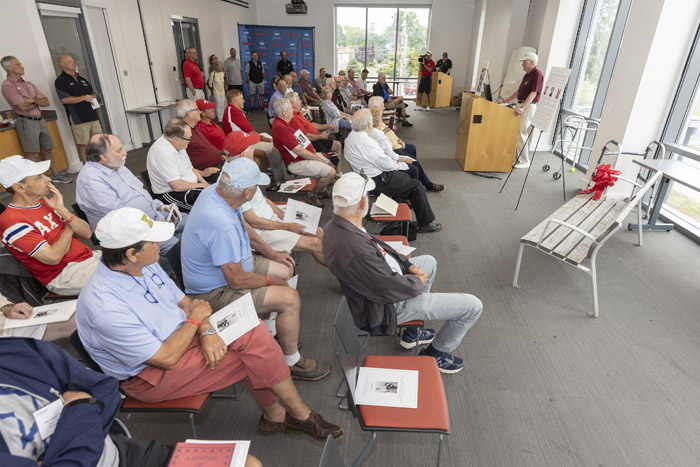 Speakers John Heath ’71 (lacrosse), Steve Overcash ’68 (football captain) and Head Men's Lacrosse Coach Dave Webster ’88 recapped Goby’s achievements, which include two McAndrews Awards (outstanding athlete), induction into the Athletics Hall of Fame in 1976 and the Walter E. Beach Distinguished Alumni Award for Service in 2006. As a student, Goby was a class treasurer, vice president of Alpha Chi Rho, president of the D Club, a member of Raven’s Claw and was selected to be in the prestigious publication Who's Who Among Students in American Universities and Colleges. Goby’s coaching career spanned 42 seasons (lacrosse and football) and included 350 games with approximately 1,000 players, and he is known for his enduring relationships with many former players. 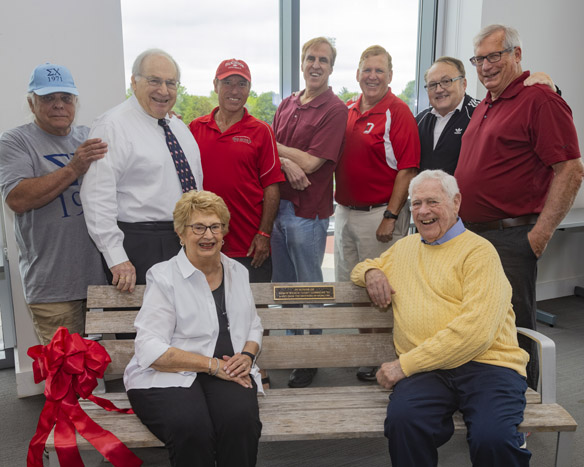 Goby and his wife, Marcia, pose on a bench given by the brothers of Sigma Chi fraternity, many of whom played on teams he coached. Photo by Geoff Coe '74. 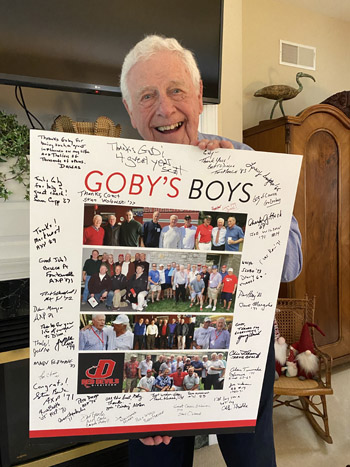 Goby received a lacrosse locker room plaque from his Alpha Chi Rho brothers and a commemorative bench from Sigma Chi. They also presented his wife, Marcia Barndt Gobrecht ’59, P’84, P’87, with a dozen roses. There were seven hole sponsorships in honor of Goby at this year’s McAndrews Fund Golf Outing, with posters noting the donors, three of whom were from former lacrosse and football players, three from Raven's Claw and one from Alpha Chi Rho. More than $17,000 was raised in Goby’s name for the McAndrews Fund for Athletics.