Far Distances and Close Ties: A Look Back at Dickinson's 2021 Virtual Alumni Week 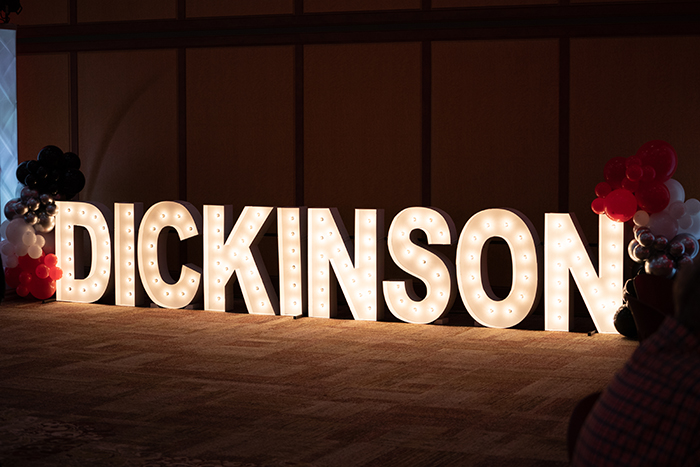 Five-day event connects alumni from across the miles

Whenever and however Dickinsonians get together, there are good times to be had. For five days last week, alumni from several generations joined together—online, in small groups and outdoors—to celebrate Dickinson's 2021 Virtual Alumni Week. 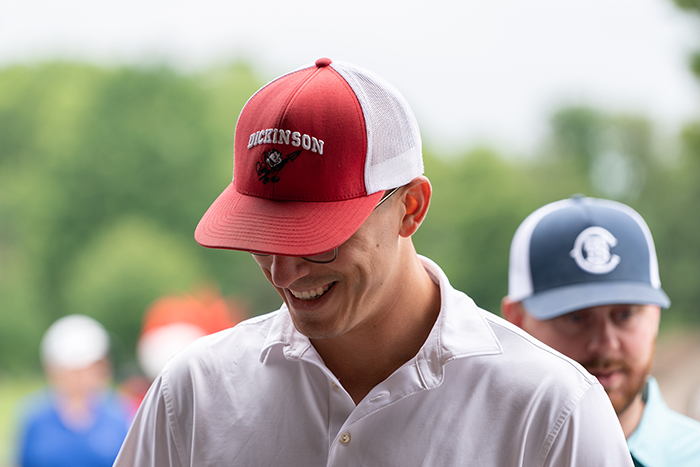 The college planned a full schedule of virtual events for alumni of all class years to enjoy. Logging in from home, some alumni got the party started with Dickinson-themed recipes, supplies and favors they ordered through the college’s Party in a Box initiative. All were encouraged to share the good times on social media, using the hashtag #dsonproud. 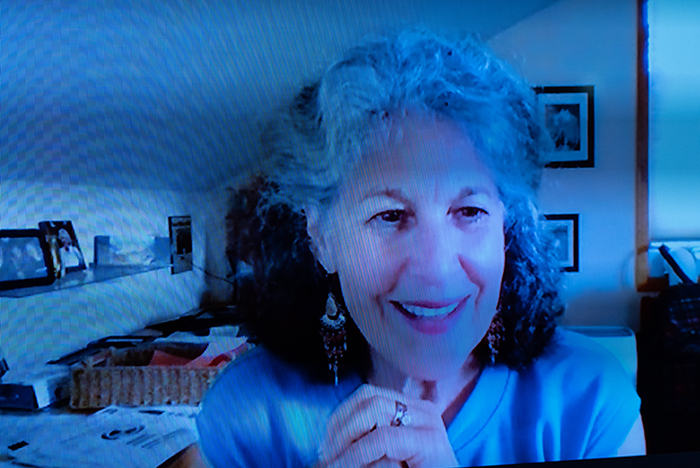 Alumni from across the decades, and class of '71 alumni unable to travel to campus, joined in the fun from the safety of home. A Dickinson Party in a Box kit provided favors, party supplies and recipes for a themed fete. Photo by Dan Loh.

Participants cheered each other on during a livestreamed awards ceremony featuring pre-recorded responses from each honoree. They got tips on the college admissions process, received updates on College Farm projects and on Dickinson’s data-science initiative and learned from each other during alumni-led webinars. They took a virtual campus tour, Zoomed into club and class gatherings and caught an insider’s peek at the college's Archives & Special Collections. There was also an online scavenger hunt for Dickinson families to enjoy. 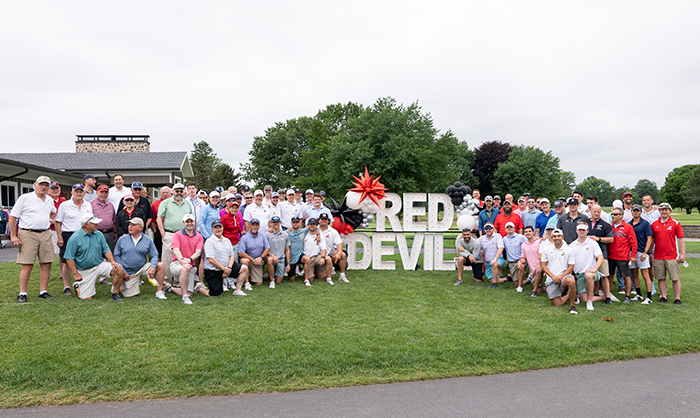 Dickinsonians gathered on the green for the McAndrews Golf Tournament. Photo by Dan Loh.

Dickinson’s annual McAndrews Fund Golf Outing went forward in the traditional way—in person and, safely, outdoors. There was also a small-group, on-campus reunion for members of the class of 1971, who celebrated their 50th anniversary together this year. To maximize safety, the college planned outdoor events for in-person attendees. All who traveled to campus were required to show proof of COVID-19 vaccination, a recent negative COVID-19 test or proof that they’d recovered from COVID within the past 90 days. 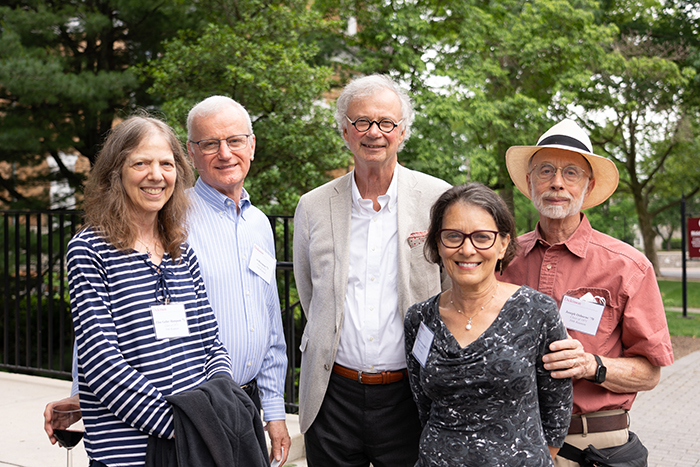 Members of the class of '71, including former Dickinson President William G. Durden (center), gather for an outdoor celebration. Photo by Dan Loh.

The class of 1971 enjoyed receptions and a class lunch—in person, for those who were able to attend. All were encouraged to stop by two designated Zoom areas to say “hi” to classmates who logged in from home. These classmates also learned something new during a panel discussion with college leaders and during presentations by fellow alumni. 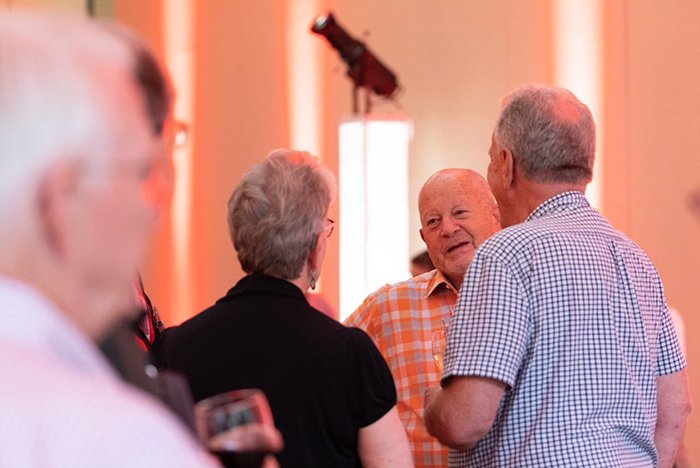 Brand new this year: a Lightning Conversation session, bringing small groups of ’71 alumni with like interests together for a series of fun, 10-minute, interest-based chats. The event, conceived by Molly Flower Eppig ’71, uses the popular speed-dating format as inspiration to bring 50th-anniversary revelers together in a novel way.

"We wanted to create a hybrid of in-person and virtual formats to make all feel included and welcomed," says Andrew Calnon, associate director of alumni relations. 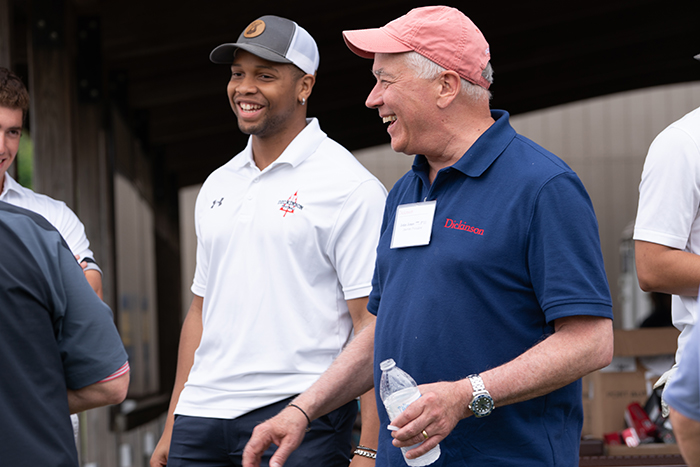 The 50th anniversary weekend ended with an online version of the memorial service and a good, old-fashioned—though decidedly smaller—champagne brunch.