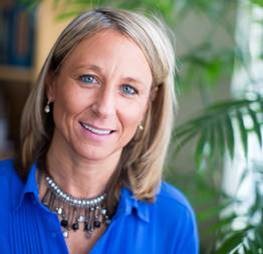 Barbara Stauch Slusher ’86 ‘P16 Barbara Stauch Slusher ’86, P’16 majored in Chemistry at Dickinson, with a sociology minor, and served as the coach/captain of the woman’s lacrosse team, a Delta Nu member and a participant in numerous volunteer activities such as Big Brothers Big Sisters and the Adopt-A-Grandmother program. She went on to earn a Ph.D. in pharmacology and molecular science at the Johns Hopkins School of Medicine and an MAS in management at the Johns Hopkins Carey School of Business. Then she trained as a postdoctoral fellowship at the University of Pennsylvania and ICI Pharma (now AstraZeneca).

After her fellowship, Slusher joined the pharmaceutical industry to run a biochemistry research lab, where she worked on the development of two life-changing drugs--Seroquel and Diprivan (aka propofol)—out of the gate. A stellar 20-year scientific career was born.

In 2010, Slusher returned to Johns Hopkins, where she is a Professor of neurology, pharmacology, medicine, psychiatry, neuroscience, and oncology and serves as the Director of Johns Hopkins Drug Discovery. The Slusher drug discovery laboratory includes over 30 medicinal chemists, assay developers, pharmacologists, toxicologists and drug-metabolism experts who translate basic science discoveries into novel drug therapeutics for clinical development. Slusher has published over 250 scientific articles and is the inventor on over 100 issued patents and applications.

Since joining JHU, Slusher has co-founded four biotechnology companies amassing over $150M in venture support. She also founded the first-ever International Consortium of over 130 Academic Drug Discovery Centers, which brings more than 1500 members together to coordinate and enhance university-led drug-discovery efforts.

Dickinson’s Alumni Council named Slusher as a recipient of the 2021 Distinguished Alumni Award for Professional Achievement in recognition of her work in science and biotechnology, and in celebration of the many lives changed by that work.

“I am thrilled to be receiving this award from Dickinson, whose dedicated faculty were responsible for spawning my interest in a scientific career,” Slusher says. Asked what advice she’d offer to students currently exploring their own career options, she encourages them to seek out work they’re passionate about as well. “If you have not discovered it yet, keep looking. Don’t settle,” Slusher advises. “Work should be less of a chore and more of a conduit to a fulfilling and purposeful life.” 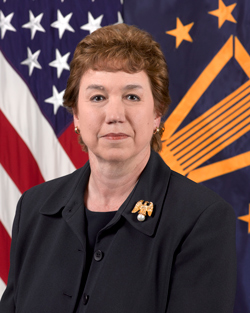 Beth Masters McCormick ’81 is a trailblazing leader who’s worked at the highest levels in traditionally male spaces. She's also one of the first senior Department of Defense civilians tapped to serve in a leadership position at the Department of State.

As a Dickinson student, McCormick studied political science, Russian & Soviet area studies, played NCAA women’s tennis and served an internship at the Arms Control Association through the college’s Washington Semester program. After earning an M.A. in security policy from George Washington University in 1983, she launched a career with the Department of Defense (DoD).

McCormick began at the DoD as a presidential management intern with the Office of the Secretary of Defense, and then as assistant for strategic defense and space arms control policy, supporting defense and space negotiations in Geneva, Switzerland. Within five years, she was working on policy related to ballistic missile defense and military space capabilities, and from 1994 to 2001, she served executive positions with the National Aeronautics and Space Administration, including as director of international relations and deputy associate administrator for life and microgravity sciences.

McCormick was named director of policy, U.S. Air Force International Affairs, a position she held until January 2005. After serving a tour with the U.S. Air Force, she rejoined the Office of Secretary of Defense, first as director of the Defense Technology Security Administration and acting deputy under secretary of defense for technology security policy, and next, as deputy director of the Defense Security Cooperation Agency, where she was responsible for security cooperation and partner capacity-building programs worldwide.

McCormick found her work as deputy assistant secretary of state for defense trade and regional security, serving under Secretaries of State John Kerry and Hillary Clinton, especially satisfying. “The work was very gratifying, and it was also refreshing to work for both a woman under secretary and woman secretary of state,” she says.

McCormick managed two organizations, the Directorate of Defense Trade Controls and the Office of Regional Security and Arms Transfers, providing overall policy guidance regarding the transfer of defense articles and services to other countries through foreign military sales and direct commercial sales. From 2005 to 2008 and from 2013 to 2018, she led the Defense Technology Security Administration, managing a staff of 220 policy analysts, engineers and licensing officers. In that capacity, she was responsible for developing and implementing DoD technology security policies for international transfer of defense-related goods, services, and technologies.

During the 2018-19 academic year, McCormick was the Office of the Secretary of Defense chair, visiting professor and senior advisor to the commandant, Dwight D. Eisenhower School for National Security and Resource Strategy, at the National Defense University.  In addition to teaching, she assisted in the development of the Industry Study program, a seminal part of the Eisenhower School’s unique curriculum, and also mentored students in the Defense Senior Leadership Development Program.

McCormick retired in August 2019, after 36 years of federal service—including 25 years as a career member of the senior executive service. As an esteemed woman leader and public servant who’s worked closely with national and global figures throughout her career, she’s thought deeply about what it means to lead and serve meaningfully in a globalized world.

“As Dickinsonians, we’ve always talked about and been concerned about being good citizens, and my experiences as a political science major, and as a foreign-policy intern, helped me learn how to be a good U.S. and global citizen,” says McCormick. “In recent years, Dickinson has made that message all the more powerful.” 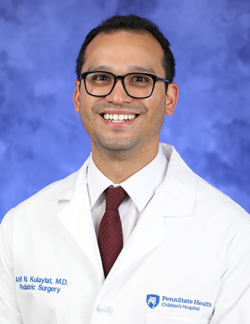 Afif Kulaylat ’07 is a pediatric surgeon and educator who focuses on transforming lives through leadership in education and through compassionate patient- and community-based care. For his accomplishments in all of these realms, he is a recipient of Dickinson’s 2021 Outstanding Young Alumni Award.

While completing a residency in general surgery at the Penn State Hershey Medical Center, Kulaylat was awarded post-doctoral research fellowships in surgical education and surgical outcomes and quality, and earned an M.S. in Public Health. He was named administrative chief resident and twice awarded the Department of Surgery Resident Leader/Mentor Award.

Next, Kulaylat pursued subspecialty training in pediatric surgery at Nationwide Children’s Hospital/The Ohio State University (Columbus, Ohio), one of the nation’s oldest and largest children’s hospitals, with one of the premier training programs in the country. He returned to Central Pennsylvania this past year as an assistant professor of surgery and pediatrics at the Penn State Children’s Hospital/Penn State College of Medicine, where he’s also the associate clerkship director for surgery and director of outcomes research and quality.

As an academic surgeon, Kulaylat’s primary research interests center on health services research and quality improvement in the delivery of surgical care in children. His teaching focuses on graduated autonomy in training, skills acquisition, and improving the clinical learning environment. He has published 60 research manuscripts, nine book chapters, and delivered nearly three dozen regional and national presentations on these topics.

Kulaylat says he’s passionate about education and training the next generation of physicians and surgeons. He has been the recipient of four teaching awards at Penn State and two national teaching awards: The Association for Surgical Education Outstanding Resident Teacher Award and the American College of Surgeons Award for Exemplary Teaching.

He’s also served in a number of educational leadership roles through committees and working groups for the American College of Surgeons (ACS), American Board of Surgery and Association for Academic Surgery, emphasizing graduated autonomy in training and surgical curricular redesign. He is a former chair of the Resident and Associate Society of the ACS, the largest representative body for surgical trainees. Kulaylat was recognized by the Pennsylvania Medical Society as a top 40 physician under 40. He is married to Audrey Stokes Kulaylat, a colorectal surgeon, and they have a 3-year-old son. 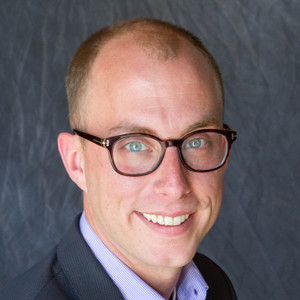 Shawn Werner ’06 has dedicated much of his professional life to the fight for marriage equality.  Recognizing his social-justice work and the lives it has bettered, the  Leadership Committee of the Alumni Council selected Werner as a co-recipient of the 2021 Outstanding Young Alumni Award.

As a Dickinson undergrad, Werner majored in political science, competed in NCAA swimming and spent his junior year abroad in Bologna, Italy. He also founded The Fight to Give Life, a national collegiate organization devoted to eradicating the Food and Drug Administration’s lifetime ban on blood donations by gay and bisexual men based on screening questions about identity and orientation, rather than behaviors, such as unsafe sex.

Werner also served two summer internships in Washington, D.C., with the Gay and Lesbian Victory Fund,  a nonpartisan political action committee providing strategic, technical and financial support to openly LGBTQ (lesbian, gay, bisexual, transgender and queer) political candidates and public officials across the United States. And after graduation, he returned to D.C., and the Victory Fund—this time, as an employee.

As director of campaign services, Werner oversaw breakthrough elections for hundreds of openly LGBTQ candidates, including the first openly LGBT persons elected to the Oklahoma and Ohio State Houses, and one of the first openly LGBT mayors of a major U.S. city.  Werner next served for two years as director of political operations for the nonprofit Freedom to Marry, providing strategic assistance to state-based organizations as they worked toward securing same-sex marriage rights. He also led the Say I Do campaign, which placed marriage equality on the 2012 Democratic Party Platform.

As the national political director of the Gill Action Fund, an advocacy organization providing resources to individuals and organizations to advance equality for LGBT people through the legislative, political, and electoral processes, Werner worked across the aisle,  managing lobbying teams in state legislatures and developing a state-based political program to fight discriminatory legislation. He helped advance related bills through Republican Party-dominated legislatures and defended Republican lawmakers in Illinois, Minnesota and Hawaii who voted for the freedom to marry.

Since 2018 Werner has worked with the Democratic Legislative Campaign Committee. He recently was promoted to senior regional political director.

Werner has been involved with his alma mater through regional alumni events, as an Alumni Weekend panelist and participant and, most recently, through Dickinson’s LGBTQ+ Alumni Club.

Over the years, he’s spoken movingly about the importance of LGBTQ people sharing their personal stories in the fight for marriage equality and equal rights. “When we are open and honest about our lives, we win. Those conversations tap into our common humanity and show us all that love and commitment is not about gender,” Werner explains. “It's about love and commitment.” 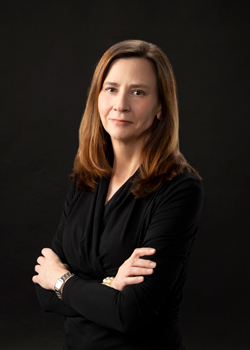 As a member of Dickinson’s Board of Trustees for 16 years, and an active alumna for more than 30, Kellie Newton ’81 has left her mark on the college in numerous ways. She was the inaugural chair of the D.C. Regional Cabinet and has served the board in myriad capacities, including as vice chair of the committees on Enrollment & Communications, Facilities and College Advancement. She also established a permanent fund to support students in the Department of East Asian Studies and a scholarship to honor her parents, the Durwood M. and Joanne P. Newton Scholarship. Over the course of her dedicated involvement, she has served as a bridge between the college and countless other alumni, facilitating engagement every step of the way.

Kellie is a partner in the law firm Whiteford, Taylor & Preston, LLP, in its Washington, D.C., office, where she serves as legal adviser to corporate boards and executive managers while also acting as outside general counsel to multiple entities and organizations.

She has been recognized by The Legal 500 and Chambers USA for her mergers and acquisitions work, has served on the board of the Montgomery County (Maryland) Humane Society and is a current member of the Board of Directors of Veritas Farms, Inc.  As this year’s recipient of the Walter E. Beach Distinguished Alumni Award for Service, Newton is honored for her decades of work on behalf of Dickinson.