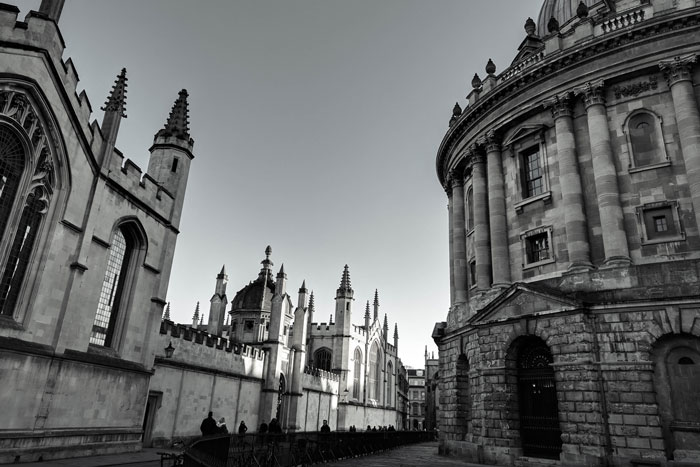 “Other than the fact that I’ve loved the University of Oxford since I was 10 years old, I heard from professors that this program is extremely enriching and a great experience to really dive deep into your major and experience what it’s like to research a topic that you’re truly interested in through a self-guided method of study,” says Mughal, who notes that the Mansfield program is a great extension of Dickinson’s global approach. “While my time at Dickinson has pushed me to think more critically and engage in discourse, time abroad studying in a new country and a new academic environment will help me continue to hear different viewpoints, perspectives and opinions on a variety of issues.”

The program accepts applicants from Ivy League and selective colleges and public universities in the U.S. and the EU, with a minimum 3.75 GPA and strong recommendation from college faculty.

“My favorite part about the academic experience at Dickinson has been the discussion and conversations with faculty who have helped me engage with the topics and ideas that I care about,” says McCloud. “The tutorial system at Oxford will have that same environment of engagement that has been so valuable in my academic growth.”

That tutorial system—centering on intensive meetings with tutors rather than on lectures and classroom discussions—has been drawing Dickinson students in since 2013.

“The work at Oxford is intense,” says Mughal, “and I’m sure that being a part of that environment where everyone is pushed to challenge themselves will be very beneficial to me as an academic and as a learner.”