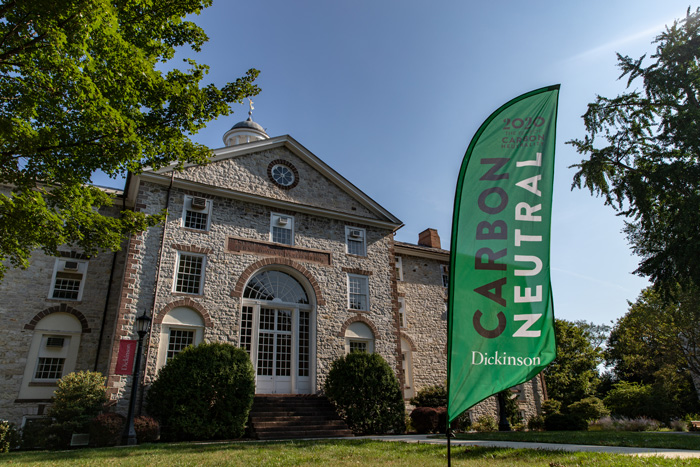 Beginning the week of Feb. 22, loyal NPR listeners will hear Dickinson College mentioned during Morning Edition and All Things Considered—the No. 1 and No. 2 drivetime radio programs in the U.S. The college is embarking on its first-ever NPR sponsorship campaign to raise awareness of its leadership in sustainability as well as the impact of The Sam Rose ’58 and Julie Walters Prize in Global Environmental Activism.

This unprecedented opportunity is made possible thanks to the generosity of Julie Walters, a long-time supporter of Dickinson’s leadership in sustainability. Walters, who helped establish the Rose-Walters Prize in 2012, is again putting her time, resources and name behind Dickinson’s nationally recognized, multidisciplinary approach to sustainability education—a useful education that is equipping future generations with the knowledge and skills to combat and reverse climate change and restore the natural world.

“Julie Walters is a passionate climate change activist and dedicated philanthropist,” said President Margee M. Ensign. “Dickinson has been in the forefront of sustainability education, global awareness and civic action. This is an opportunity for our work to be recognized nationally.”

The sponsorship campaign, which will run four weeks, is a game-changer for Dickinson and will raise its national profile among NPR’s 25 million weekly listeners across more than 1,000 member stations. It will also help introduce Dickinson to prospective students and their families. In addition, beginning March 1, Dickinson will sponsor seven consecutive episodes of the Marketplace Morning Report podcast, reaching more than 75,000 listeners with each episode.