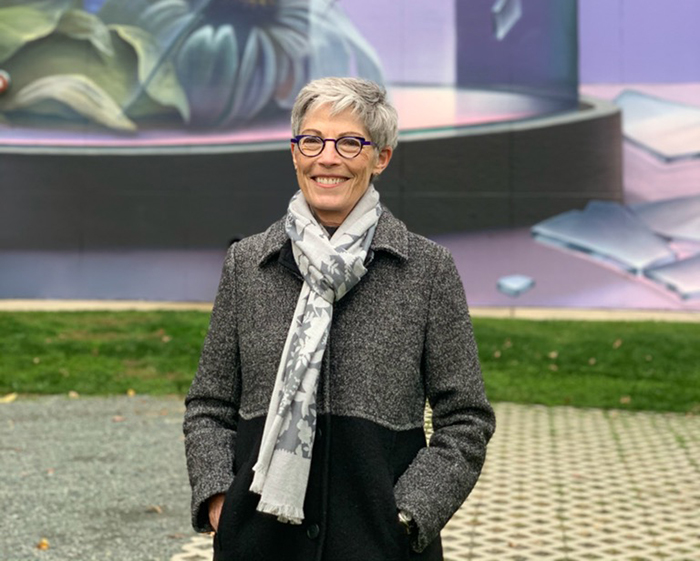 Career spans from illustration to communications to historic preservation

Early in her career, Lynn Waldo Smiledge ’75 made a substantial professional shift. Twenty-five years later, she was ready for an even bigger leap—one that would transform her longtime hobby into an entirely new career. Now, she tells the histories of buildings—their architecture, their uses and significance and the sometimes colorful tales about the people who lived or worked there.

The daughter of a physician, Smiledge majored in art history and biology at Dickinson. After an independent study with her art-history advisor, Dennis Aikin, she made plans to pursue medical illustration and went on to earn a degree in medical arts at the University of Toronto—a program she equates to the first year of medical school.

Smiledge launched her career illustrating for a medical film production company in Philadelphia, creating animated training films and educational programs for pharmaceutical representatives. She also worked as a freelancer and on staff at a home-health care company. Breaking down complex medical information and translating it visually via illustrated slides was a labor-intensive process.

“There was no PowerPoint then,” she recalls. “In those days, it was all pen and ink, airbrush, pencil crayons and carbon dust that you rub around with a brush.”

A focus on writing

Tapping the writing skills she refined as an undergrad, Smiledge transitioned to marketing, communications and public relations and advertising, primarily in the health care, health insurance and pharmaceutical industries. As her husband Peter’s career in health information systems took the couple from Philadelphia to Ohio to Kansas City to Boston, where they now live, Smiledge’s career likewise traced an upward trajectory. Highlights include advancing the rollout campaign for Johnson & Johnson’s first UVA sunscreen and managing Millennium’s first cancer drug from development through release.

Moving from city to city, the Smiledges bought and renovated several historic homes, and she enjoyed learning about architecture and historic preservation. In Columbus, Ohio, she volunteered as a tour guide for bus tours in her historic neighborhood. That sparked involvement in several historical societies and preservation commissions in Ohio, Kansas and Massachusetts.

“I loved my work, but after 25 years, I just got a bit bored,” Smiledge says. “I needed to stretch myself and keep learning.”

From hobby to profession

Smiledge’s next step snapped into focus one day during her daily commute from Andover to Cambridge. She spied a print advertisement for a certificate program in historic preservation—and an opportunity to channel her hobby into a new profession.

Smiledge earned that certificate at age 52. An internship followed with Historic New England, an organization that maintains historic properties throughout that region. She also worked as historic planner for the city of Methuen, Massachusetts, before accepting a job as a preservation planner with a small architectural firm.

Smiledge also founded her own business, Boston House Histories, researching historic homes in the Boston area and creating customized house history books that offer a window into each building’s history and the people who once lived there. She also volunteers as a docent for three organizations that offer walking tours.

“I didn’t even know, when I was an undergrad, that careers in building conservation and architectural history existed. That’s why a liberal-arts background is so important: You shouldn’t have to commit to a lifelong vocation at age 18,” Smiledge says. “Having that background and mentality—and being able to write well—I was able to move with some comfort in a lot of different directions throughout my career.”