So what happens to Arctic research during a pandemic? 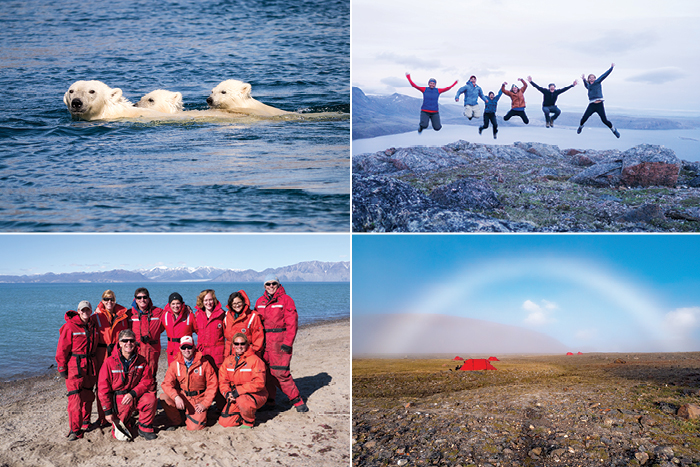 Because of the global pandemic, this year’s student-faculty research team couldn’t travel to the Arctic archipelago of Svalbard as planned. So Professor of Earth Sciences Ben Edwards and Will Kochtitzky ’16 led a two-week virtual workshop for current and prospective students interested in Arctic research.

Seventeen students from three colleges—including an incoming member of Dickinson’s class of 2024—learned the basics of GIS. Then they used GIS, satellite images and aerial photos to do a remote study of glaciers on Ellesmere Island, Nunavut, Canada. A core group continued to collect and analyze data throughout the summer and will contribute to a research paper and to five projects submitted for virtual presentations at the largest annual international geoscience conference.

Isabel Ruff ’21 was among them, and she looks forward to virtually presenting her work at the American Geophysical Union conference in December. While she hopes to see the glaciers she’s been studying in person one day, she’s grateful for the in-demand skills and experience she’s gained in the meantime.

“GIS is increasingly used in the environmental and earth-science fields,” says Ruff, who’s already used the technology in another context as well, through her summer work with Dickinson’s Alliance for Aquatic Resource Monitoring (ALLARM),  “so I know this will be helpful to me  in the future.”