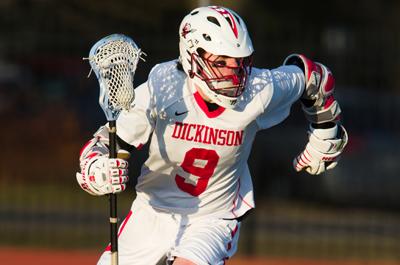 Junior Brian Cannon was named the Centennial Conference (CC) Offensive Player of the Week. He tallied five goals and an assist as No. 3-ranked Dickinson improved to 5-0 on the season with a 15-5 win over the former No. 17-ranked Roanoke College.

On the women's team, which captured big wins against Kenyon College and No. 10-ranked Messiah College, Grace Morelli was named the CC Defensive Player of the Week. The sophomore goaltender made 11 saves against Messiah and added three saves as the Devils ran past Kenyon, 20-8.