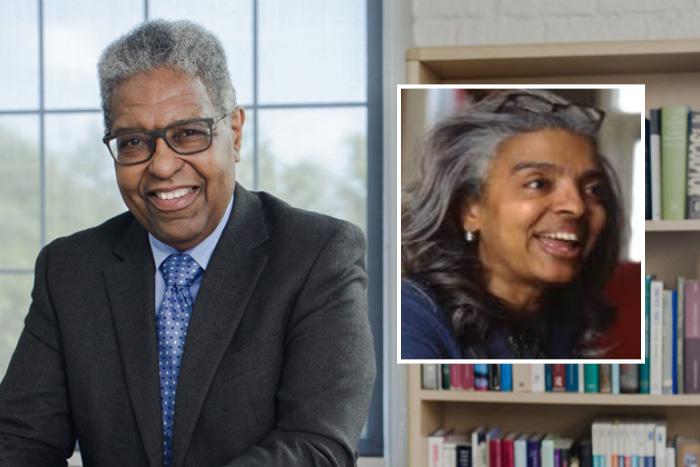 The Path to Reparations: No Yellow Brick Road

William A. Darity Jr. and A. Kirsten Mullen, the authors of From Here to Equality: Reparations for Black Americans in the 21st Century, will discuss the promise of and the obstacles to achieving reparations for descendants of American slaves in a virtual event from The Clarke Forum for Contemporary Issues. Their talk, “The Path to Reparations: No Yellow Brick Road,” will take place Wednesday, Oct. 7, at 7 p.m. in a public YouTube livestream. The link is available at the Clarke Forum website.

In this lecture, Darity and Mullen expand on the history of false promises to Black Americans descending from slavery to current struggles in achieving reparations. They will also explore a reparations project that has the potential to address the deep-rooted wealth differences between Black and white Americans. Lastly, they will cover existing legislation through the lens of the promotion of Black reparations.

Darity is the Samuel DuBois Cook Professor of Public Policy, African and African American Studies and Economics and the director of the Samuel DuBois Cook Center on Social Equity at Duke University. He has served as chair of the Department of African and African American Studies and was the founding director of the Research Network on Racial and Ethnic Inequality at Duke. Darity’s research focuses on inequality by race, class and ethnicity, stratification economics, schooling and the racial achievement gap, North-South theories of trade and development, the economics of reparations, the Atlantic slave trade and the Industrial Revolution.

Mullen is a folklorist and the founder of Artefactual, an arts-consulting practice, and Carolina Circuit Writers, a literary consortium that brings expressive writers of color to the Carolinas. She was a member of the Freelon Adjaye Bond concept development team that was awarded the Smithsonian Institution’s commission to design the National Museum of African American History and Culture. Mullen was a consultant on the North Carolina Museum of History’s “North Carolina Legends” and “Civil Rights” exhibition projects. Her writings have appeared in museum catalogs, journals and in The American Prospect.

This event is sponsored by the Clarke Forum for Contemporary Issues and is co-sponsored by the Women’s & Gender Resource Center; and the departments of sociology and history.