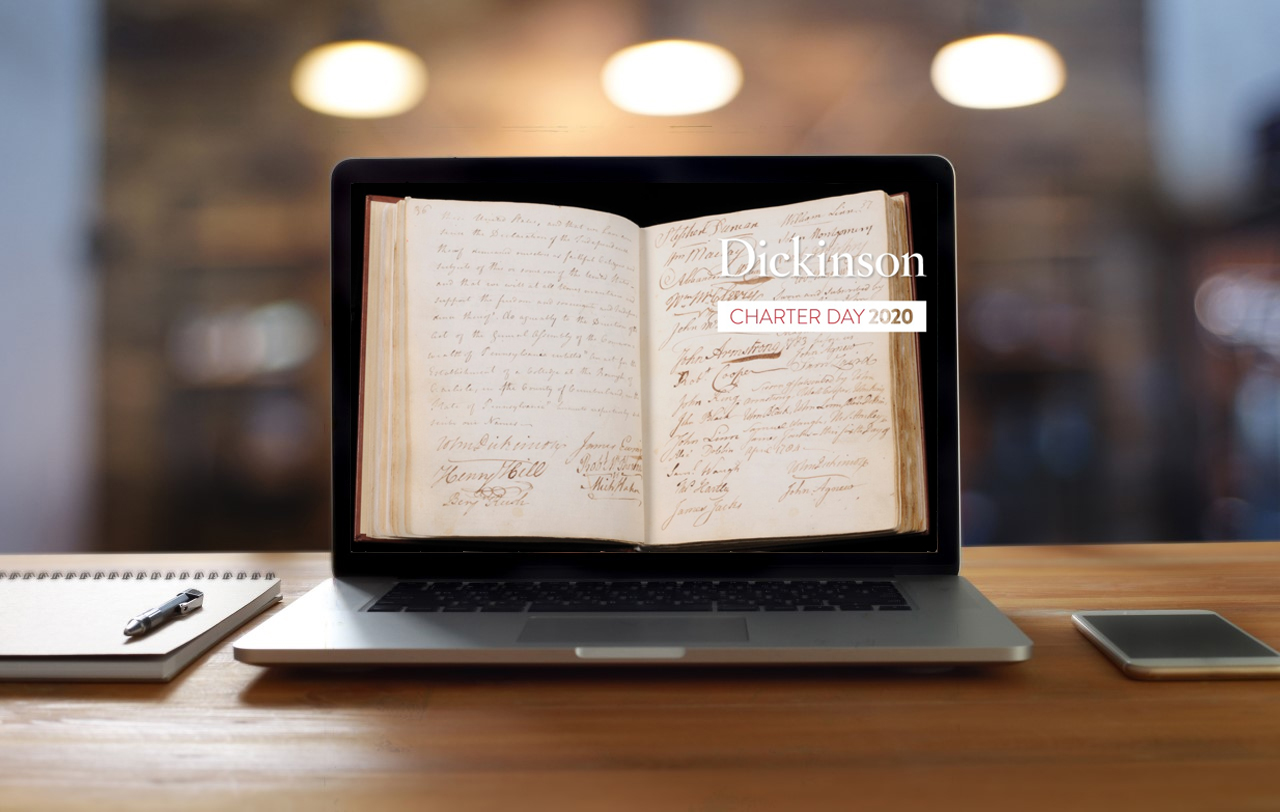 When Dickinson's charter was enacted 237 years ago, no one could have imagined the way that Dickinsonians marked this year's anniversary of that big day.

Every year on Sept. 9, Dickinsonians gather on campus to celebrate Charter Day and honor the college’s history, and in recent years, alumni in several cities joined in the fun through local get-togethers. This fall, as classes resume online because of the coronavirus (COVID-19) pandemic, Dickinson brought the whole event online for all to enjoy.

The event included a virtual scavenger hunt and group exploration of some of the world’s great museums and a webinar on the college’s early history by College Archivist Jim Gerencser ’93. The 86 Dickinsonians who tuned in to the Tuesday-afternoon webinar heard interesting and sometimes colorful anecdotes about the founding, the curriculum, student life, the first graduation and more.

Some fun facts they learned:

The biggest reveal arrived when Gerencser produced the 237-year-old document that started it all. From his office in Dickinson's Archives & Special Collections, Gerencser held the original charter up for several seconds so Dickinsonians around the world could admire the two-century-old, handwritten document in real time.

We imagine the first graduating class of Dickinson would be amazed by that 21st-century technology and by the three new Dickinson Zoom backgrounds the college unveiled to help Dickinsonians fly their Dickinson flag all year long. But some things never change, said Liz Glynn Toth '06, director of alumni relations.

To learn more about Dickinson history, check out the History of the College page.