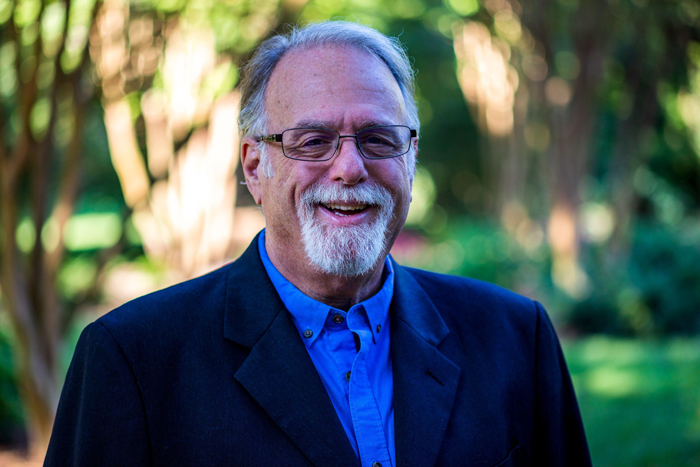 After graduation, former sociology and social science major Phil Cohen ’73 sought to learn more about Judaic traditions and the rabbinate. Now as a pulpit rabbi, he serves a congregation in Albany, Georgia, while also becoming published author. His new book Nick Bones Underground, a Jewish science fiction detective novel, blends his heritage with his passion for writing.

The liberal arts appear to be a diminishing value in American higher education, making the survival of the really good liberal-arts institutions all the more important. The glory of the liberal arts is the way in which they expose the student to much of the world, giving one the opportunity to see the breadth of things and occasionally the depth. When I decided to enter the rabbinate, I found that my liberal-arts background became essential for grounding me in the essentials of Reform Judaism, an avowedly liberal movement. I could identify particular subjects and skills, but the entirety of the liberal-arts experience, a totality perhaps greater than the sum of its parts, grounded me in the kind of thinking and values that inhabit the Reform movement. These include a passion for social justice and action, a regard for the autonomy of the individual, a willingness to confront past values and practices when necessary, and the essentiality of understanding thought of our tradition and of other traditions as well.

A memorable activity involved opening something my partners and I called The Common Exchange, a funky store housed in the basement of the Union that sold stuff on consignment. Since we weren’t looking to make a lot of money and we had no overhead, the percentage we kept was modest, like 20%. We started it my sophomore year, and if memory serves, it lasted for three or four years, beyond my graduation. In addition to selling stuff, it was also a place to hang out.

During 1973, the bicentennial of the college, there was a fair amount of programming money available. A friend and I concocted the idea of putting on Happy Birthday Wanda June, a full-lengthy play by Kurt Vonnegut. If memory serves, we needed money to pay the royalties, which we were able to secure easily. We cast the play, rehearsed and put on two performances in the Anita Tuvin Schlechter Auditorium. I directed, and my friend was the indispensable stage manager. And the performers did a pretty good job.

I was invited three times over the years in my capacity as a rabbi and one-time as Hillel director. I was part of a team asked to evaluate Dickinson’s Hillel. Another time I was invited to be part of a panel exploring the topic of the future of the American Jewish community. The third time I came as rabbi-in-residence. I taught a class on Judaism and bioethics, I conducted the Friday night service, and other things. Besides my wife, Beth Gamburg ’74, I am in touch with a few other grads. From time to time, we remark at the changes in the college over the years and wonder at its growth and increased selectivity.

I became interested in the rabbinate after graduation. My interest began with a desire to learn more about Judaism and grew to include an interest in being a representative of the Jewish people. My education has made me a theologian, a bioethicist and, lately, a novelist. I am at my best when involved in the intellectual and spiritual concerns of the tradition and am teaching my learning to others.

I currently serve a small congregation in Albany, Georgia, to which I commute from Greensboro, North Carolina. In the time I have between visits, I write, mostly fiction, though I’m involved in two other writing projects that are not fiction oriented. Over the course of my career in addition to serving as a pulpit rabbi, I have taught college at UMass Amherst, directed the Hillel at Michigan State University and directed religious schools.

It’s not too audacious to say that at my age I’ve done several unforgettable things. But surely at the top were my two visits in the late '80s to the Soviet Union to visit Russian refuseniks, Jews who had sought exit visas and were refused—hence the name refusenik. Both times, I traveled to Moscow and Leningrad—as St. Petersburg was called at the time—to visit families who had been ostracized by the Soviet government. It wasn’t a particularly dangerous adventure, but it was a genuine honor to visit these courageous men and women who had stood up to their government. Beth and I were able to help two of those families resettle in the Boston area once they finally did receive their exit visas.