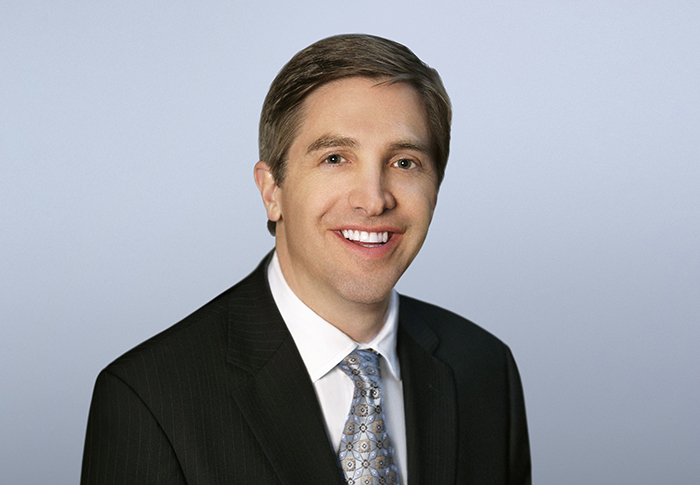 Coming into college, David Decker ’90 didn’t know what his eventual destination would be, but he did set himself up for a successful journey. So as his ultimate destination gradually came into view, he was more than ready to grasp that brass ring.

A French major and film minor at Dickinson who worked a variety of on-campus jobs, Decker fondly remembers competing on the swim team during his first year and working as photo editor for The Dickinsonian. His pinnacle undergrad experience, however, was his study-abroad year in Toulouse, France, where he lived with a host family, interned at a wine shop and enjoyed weekend jaunts across Europe. “That year was transformative for me—I took advantage of everything the program offered,” Decker says. “It really opened my eyes to just how incredible the world is and how to adapt to new situations.”

By then, Decker knew he wanted to continue to explore global cultures. He also wanted to work in the movie industry somehow, and he was interested in the law.  Hoping to blend these passions, Decker applied to law schools in New York and Los Angeles—the world’s great entertainment capitols—and earned a J.D. at Loyola Marymount in Los Angeles.

After a few years practicing civil litigation, Decker got his foot in the door as a production attorney on TV shows, beginning at Disney ABC Television and then at Stone Stanley Entertainment, where his assignments included the reality show The Mole, hosted by Anderson Cooper. In addition to wrangling complex releases, licensing agreements and contracts for television shows, he also worked on set, briefing reality-show and talk show guests before they went on air. It was a thrill to see just how the magic was made.

“Coming out of law school, I didn’t know that there was such a thing as a production attorney job that involved sitting on a set, seeing how a television show or movie is made and briefing contestants. And I didn’t need to know that,” he says. “I just needed to be open to new experiences and to know how to communicate, learn and ask the right questions.”

In 2004 Decker moved to Warner Bros., working first as vice president of business and legal affairs for programs, including The Ellen DeGeneres Show and TMZ, and then expanding into production finance and distribution. He now runs the sales teams that sell all of Warner Bros.’ movies and TV shows to U.S. cable, streaming and on-demand platforms. Recent deals include the Harry Potter films to USA/NBCUniversal and the much-buzzed-about recent sale of the 90s sitcom Friends to HBO Max.

“I’m fortunate, because I’ve been able to work with some of the most iconic TV shows and movies, and because I enjoy the challenge of figuring out how to adapt our business in a way that both generates maximum revenue and preserves these shows and movies that so many people love for future generations,” he says.

Hearkening back to his study-abroad year, Decker puts his conversational French skills to work during annual trips to the MIPCOM conference in Cannes, and during vacations abroad with his wife, Jennifer, and their two kids. And, just as he was back then, Decker is intentional about remaining creative and nimble—necessary skills in a dynamic and rapidly evolving field in which streaming services are changing the way we consume media.

“It’s challenging and gratifying to think through these very complex changes in the industry," he says. “Every day, it seems, you wake up and you read something new, and you try to anticipate how it will impact your business and business decisions. There’s a lot of game theory—trying to understand where you think the industry will go—and my generalist, liberal-arts background puts me in the mindset to think flexibly and adapt to the changing environment. Along with resilience, I believe those are the essential skills of today.”