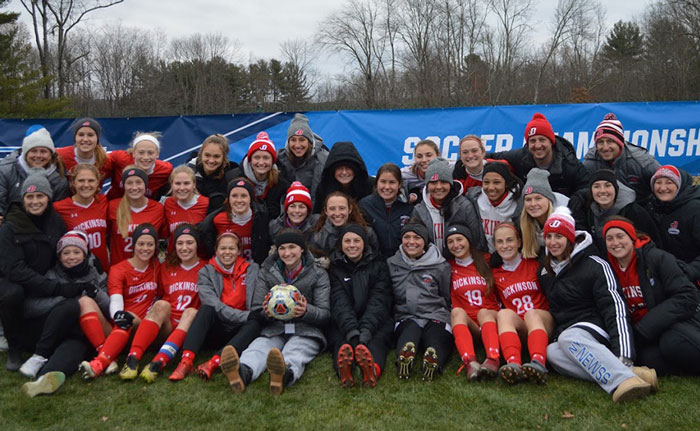 Zingman was also voted the Centennial Conference Coach of the Year, while first-year Meg Tate was the Rookie of the Year and First-team All-Conference. Dickinson had seven players earn All-Conference honors. The Red Devils were one of the top defensive teams in the country, allowing just 14 goals on the year to post a 0.58 goals-against average and allow just three goals in conference matches.

Dickinson advanced to the Sweet Sixteen of the NCAA National Championship for the third time in program history this fall while capturing the Centennial Conference title. The team finished 16-3-4 overall in Coach Zingman’s third year with the Red Devils.