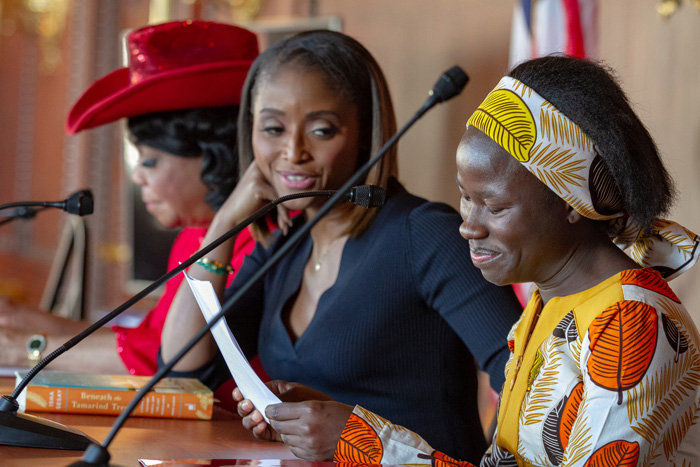 Photos and story by Carl Socolow '77

Two members of the Dickinson community recently testified before a congressional forum in Washington, D.C., on the role education plays in female empowerment. Patience Bulus, a member of Dickinson’s Bridge Program, and Jacob Udo Udo Jacob, a visiting international scholar at Dickinson and director of the Bridge Program, spoke during “Educate a Girl, Empower a Nation,” a forum hosted by Congresswoman Frederica Wilson (D-Fl.) in the Library of Congress’s Members Room

One of the Nigerian Chibok schoolgirls kidnapped by Boko Haram, Bulus is one of the first students in the Dickinson Bridge program, which was conceived by President Margee Ensign to expand higher-education opportunities for young people fleeing violence and natural disasters and for whom higher education would otherwise be impossible. Testifying along with Bulus was former CNN journalist Isha Sesay, whose book Beneath the Tamarind Tree tells the story of the lost schoolgirls of Boko Haram, 112 of whom are still unaccounted for. 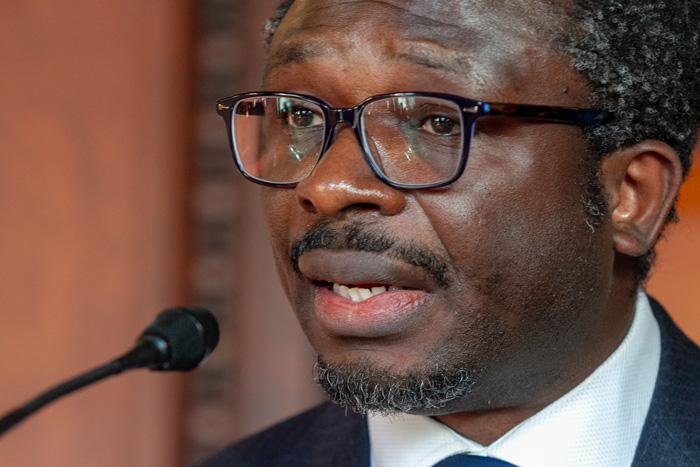 Jacob delivered a talk entitled "Integrated Approaches to Education in Emergencies." Presenting along with Jacob was Oge Onubogu, senior program office for Africa Programs at the United States Institute of Peace.

Wilson has long championed the plight of the Chibok schoolgirls and has held weekly vigils on their behalf. Also in attendance were representatives Lois Frankel and Brenda Lawrence, both of whom have been involved in issues involving U.S. policy in Africa.