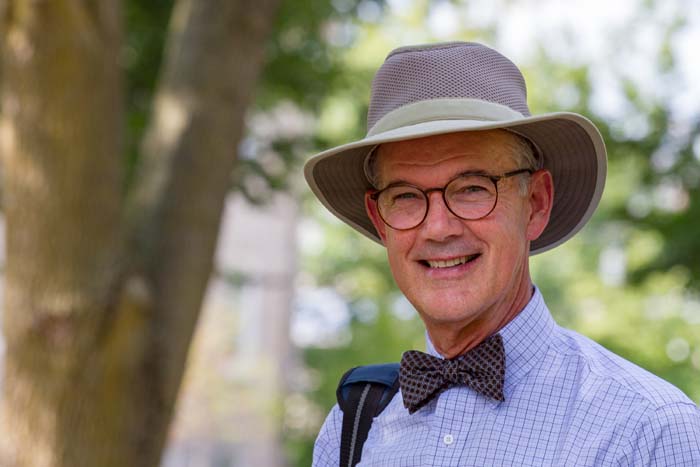 How does one prepare for the post of Alumni Council president? You read Stephen Fried’s biography on Benjamin Rush, of course. As cliché as that may sound for more recent alumni, for many of us, Rush was a mere name on a plaque. Over the past several years, I’ve gained immense respect for Rush as a healer, statesman, abolitionist and educator—though not without flaws. However, he has my greatest admiration as a “connector.”

In 1768, while studying medicine in Scotland, Rush was instrumental in reconnecting John Witherspoon with their alma mater, the College of New Jersey (now Princeton). Witherspoon not only became the school’s landmark president but was an influential statesman, signing the Declaration of Independence and serving in the Continental Congress.

More than 40 years later, through persistent correspondence and with the help of a prophetic dream (Google it—I can’t exceed my word limit), Rush singlehandedly reconnected John Adams and Thomas Jefferson, whose relationship had been shattered by the vicious election of 1800. The correspondence between Adams and Jefferson after their reconciliation is a tribute to Rush and a treasure for the nation.

What does that have to do with Dickinson? Let us consider candidly our connections. When President Durden restored Benjamin Rush to his rightful spot on campus, he urged us to become engaged. We did. Now, President Ensign is taking us to the next level and encouraging bold, active engagement. In short, we must do more than dream. As Rush demonstrated, we must act on our dreams. We must help others to reconnect.  I have no delusions of reconnecting presidents, but I can help one friend to reconnect … and then another. Who knows what will result?