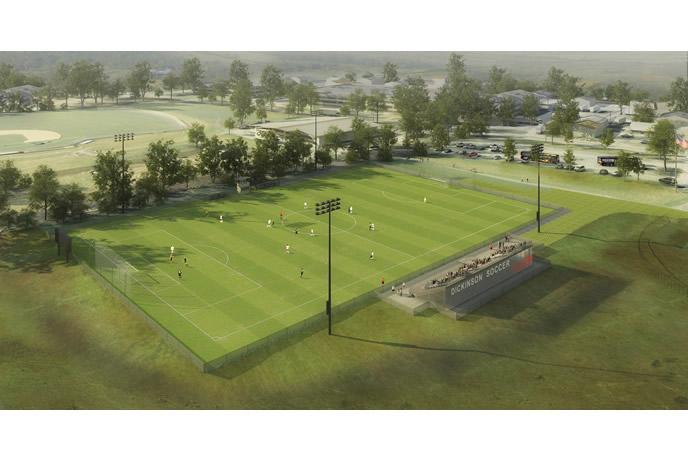 Dickinson officially launched the most extensive campus-enhancement effort in its history today when the Board of Trustees approved five construction projects aimed at expanding and improving facilities for academics, athletics and student life. The projects, which are scheduled to be completed over the next three years, include:

“Dickinson is clearly an institution on the move,” said President William G. Durden ’71. “During the last decade we’ve reached new heights in applications, fundraising and the endowment. We’ve earned numerous accolades for our distinctive programs in global education, sustainability and security. Now it’s time to give our students and faculty facilities appropriate to a leading liberal-arts college—facilities that are not decorative and superfluous, but functionally aligned with our academic and non-academic high ambition.”

Expected to cost roughly $46 million, the projects will be funded in part by the second phase of the First in America capital campaign. This phase aims to build on the first phase’s $150 million with an additional $150 million for scholarships, faculty development, the Annual Fund and facilities improvements that support the connections between academic and social life outlined in the college’s Strategic Plan III.

“Now that the trustees have approved the most significant capital investment in new buildings in the college’s history—a major accomplishment in these times—the Dickinson community is energized and ready to build on the momentum generated by the first phase of the campaign,” said Board of Trustees Chair Jennifer Ward Reynolds ’77. “Several million-dollar gifts from alumni already have gotten First in America’s second phase off to a fast start. With work on these projects slated to start this summer, that energy and excitement is only going to grow.”