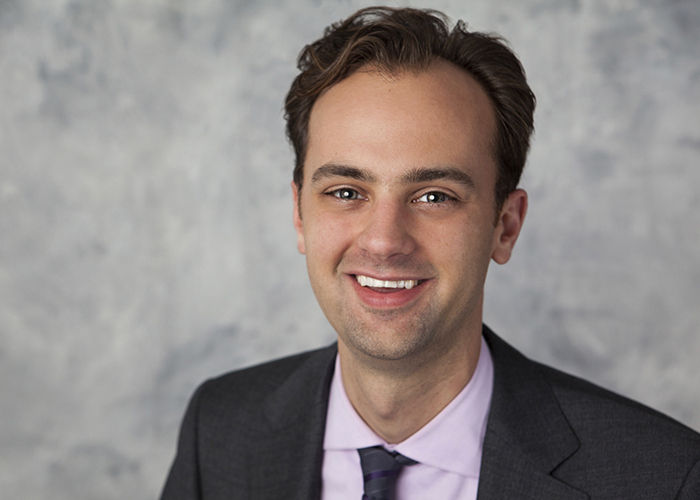 How do you prepare for life on the cutting edge? For Parke Rhoads ’99, it was about seeking out, recognizing and meeting new opportunities, and then taking the leap as those new opportunities emerged. And as head of a high-tech consulting and design group, he’s helping organizations around the world to also position themselves ahead of the curve, as new ways of connecting and doing business quickly unfold.

Pivot No. 1: from life science to physics

Rhoads came to Dickinson with an interest in science and the arts and plans to enter medicine. He declared a biology major, got involved as a WDCV DJ, squeezed in every art history class that he could and set his sights on med school—that is, until an introductory workshop-physics class with Professor of Physics Hans Pfister upended his plans.

“It was a whole different approach to problem solving,” says Rhoads, who declared a physics major before the week of his first physics class was over, “and a way of looking under the hood of the world and figuring out how it worked.” Soon, he was a teaching assistant, and he completed the physics curriculum in just two years.

A student-faculty research project monitoring radiation levels at the nearby Three Mile Island helped Rhoads secure a five-month research internship with NASA, where he helped design the world’s cleanest lab environment, the Orbital Debris Lab, and developed a computer model for predicting and tracking meteorites trapped in low-Earth orbit. Then the recent grad returned to Dickinson, this time as a physics instructor, while enrolled in a graduate program overseas.

Outside of class, Rhoads studied music theory and introduced new technologies into the curriculum. He also hot-rodded the audiovisual equipment in the new Tome planetarium—and a new career path, integrating his love of science, technology and music, came into view. 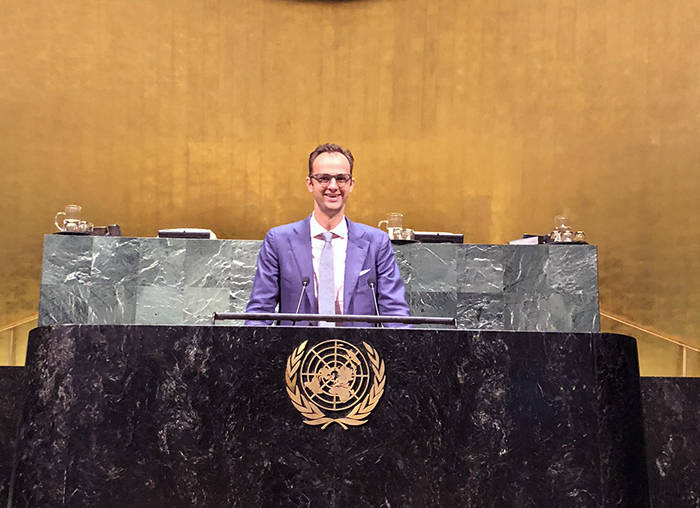 At Acentech, an acoustics consulting firm, Rhoads learned the science of concert hall and sound-system design. When an opportunity arrived in 2008 to expand his skills by refurbishing the United Nations’ 2,900,000-square-foot/17-acre headquarters, he seized it, making the leap to Vantage Technology Group.

Built in 1949-50—an era when virtually all business communications were face-to-face—the U.N. complex needed to be refurbished and brought up to modern codes. It also critically needed to support and enhance evolving global-communications needs.

Working on the U.N. project, Rhoads distinguished himself as he combined his technical skills with his knowledge of scientific theory and a creative approach. Eventually, the  the U.N. created a position for him—chief technology architect—which he held until the completion of the seven-year, $1.9 billion project. The U.N. unveiled its reimagined complex in 2015. 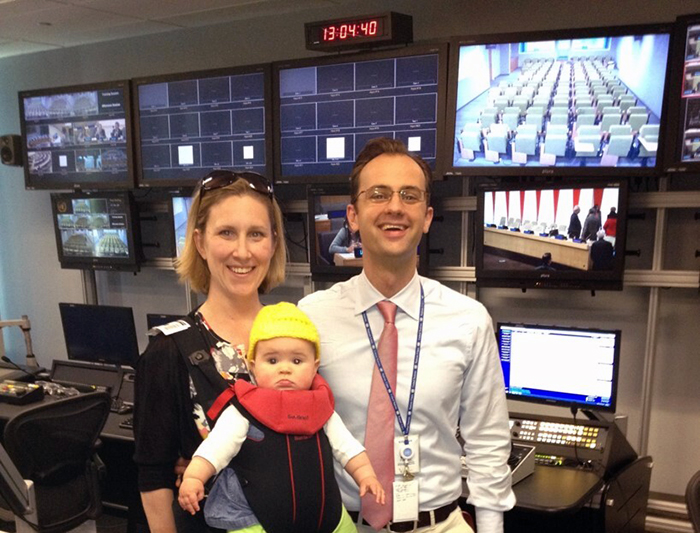 As principal at Vantage Technology Group, Rhoads advises forward-thinking leaders across industries, and he has personally worked with leadership at more than 150 colleges and universities. Through the communication-technology projects he conceptualizes, designs and leads, he brings to life high-tech medical facilities, press conferences, smart classrooms and videoconference boardrooms.  Along with wife Ruth Allen ’99, he recently returned to campus to celebrate his 20th reunion, and he has spoken with students about careers in futurism, technology and technology design.

“Because of the rapid pace of innovation, there’s not always a clear path forward; there are jobs that exist now that didn’t exist five years ago,” he says. “Any success I’ve had has come from being able to be a dot connector, and from taking a big, scary leap into the unknown when opportunities arise.”

“I’ve been a student and teacher at Dickinson, and Dickinson is where I learned to think left-brained and right-brained—where I learned to connect the dots,” Rhoads says, “so it’s an enormously rewarding opportunity for me to come back and learn about the ideas that are coming from the community.”