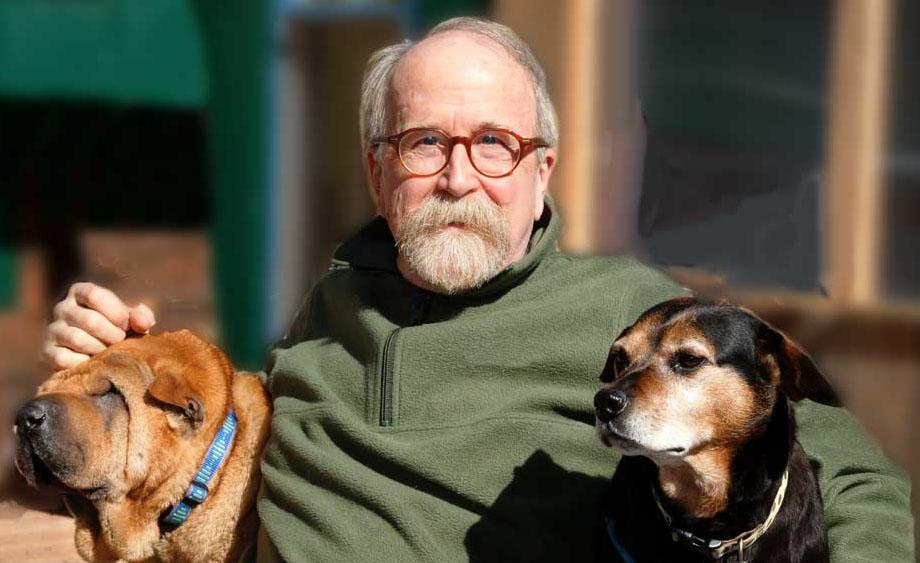 Citing a love of travel, the ocean and science, former fine arts major Stanley "Paige" Zeigler ’71 worked as a master (captain) in the Merchant Marine, working primarily on research vessels for the National Science Foundation. After a 35-year career, he was elected to the Maine House of Representatives, where his bill to ban polystyrene (Styrofoam) passed and will go into effect in January 2021.

Can you speak to how Dickinson’s useful liberal arts approach helped you along your career path?

There was nothing direct about a career path for me. The turmoil of the '60s and choices I made then changed what I thought my life would look like. I bounced around, working in an ambulance, running a photographic darkroom in Seattle, working as a professional logger in Maine and the Northwest, teaching children with behavioral and learning issues, a drug rehab night counselor and then 35 years in the Merchant Marine running research vessels. But since I retired, I'm doing something I wanted to do the day I graduated from Dickinson: public service. I am now a Maine state representative and a vice chair of a recycling center, and I just finished as a chair for a school district. None of these avocations or vocations have much to do with each other. What I learned from my four years at Dickinson was that there was no reason I couldn’t do any of these. I think the liberal arts education I received made me search for a direction by exploring and looking for the value in what I was doing. I wasn’t just watching my life pass by chasing a career that caught up to me in my 30s.

My favorite activity was being involved in politics and doing photography and graphics. But at that time, I wasn’t a joiner, and I really missed opportunities to be part of the college.

I had some nice moments with friends during the four years, especially my freshman year. As freshmen, we bonded somewhat as we left the safety of our homes and secondary schools. My senior year working with Professor Eric Weller on art projects was just great.

As I mentioned, I fell into many different occupations, but the one that stuck was the Merchant Marine. I love travel, I love being near and on the ocean, I like being outside. I like science. I get a kick out of moving a large vessel through the ocean, and I was financially broke. So I jumped on ships and worked my way up to a master (captain) and primarily worked for the National Science Foundation running research vessels. For me, it was the best job in the Merchant Marine, as these ships went to all points of the globe, and I met some of the most interesting scientists and had the chance to be a small part of their work and lived vicariously through them. Why am I interested in a legislative career? We have the environmental sword of Damocles hanging over our heads. I hope that we can remove that sword by working together in our elected bodies. Am I naive? Maybe, but I have to do something before I move on.

As a legislator now, my work is very different than being a deck officer. Very different! My freshman year at Dickinson, Professor Larry Warner said that politics is the reallocation of resources to deal with societal issues, or at least that's what I remember from 52 years ago. We develop policy through the bills we introduce. This work contains all the aspects that make up what our state is, but more than that, each state is tackling the issues that aren’t dealt with on a national level. So it goes from the local to the national.

The hardest thing at sea was to complete our work in a professional manner without anyone getting hurt and make it back to port without sinking. The hardest thing about being a legislator is to figure out good policy, get other legislators on board and then figure out an equitable way of funding it. Also, it is often very difficult to be pleasant.

Watching people die in my hands, working a horse twitching out logs in a Maine winter where our breath stained the clarity of the air, having students with little chance in our society enjoy the moment they are in, having a daughter, being a member of a street theatre, typhoons, the icebergs of Antarctica, a blue-footed booby flying next to me while I was on the radar mast, the smell of the Amazon River, pirates, my wedding and marriage, penguins, albatrosses, frigate birds, flying stingrays, whales, coral reefs, heated floor debates showing the worst aspects of humanity and my bills to ban polystyrene and develop a Green Bank. The mere fact I can still remember these things makes me happy this summer morning. I would like the last two memories to be put on my funeral vase so at least they may exist after I don’t.

There are a ton of them, but if I only can have one, I really don’t want the stress of picking out that individual. If they are not really interesting in person, it would remind me of those dates that didn’t go well. Also, if they are famous, there will be biographies to read to find out the answers to my questions. I don’t want the famous. I would like to just see my parents again. There are many questions that I didn’t ask before they died. There are no biographies of them to answer those questions. Maybe I would like to have coffee with Oswald to ask him if he alone really shot Kennedy so we finally could put that conspiracy to bed.

I would like to go back to 1949 and start all over. Although I wouldn’t mind a quick walk through history without having to stay long enough to be enslaved or killed. Also, we forget that history is really smelly.

If I could change one thing in my life, it would be vacillating, doubting myself and listening to the good advice I didn’t listen to. Those are three things, but in one sentence, where once again I didn’t listen to the advice you gave me about how you wanted me to answer.