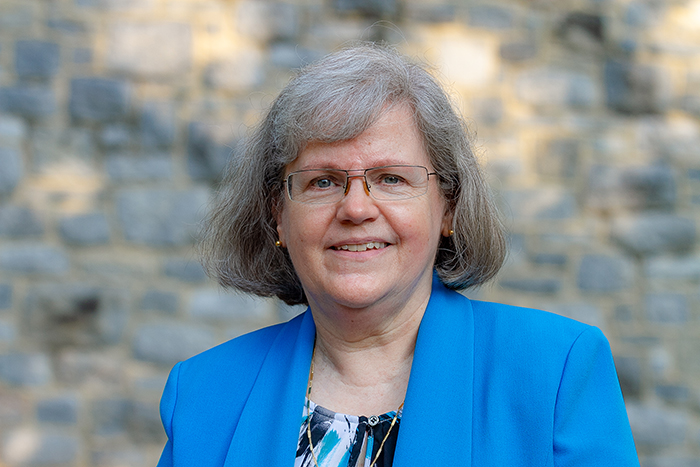 In defense of our nation's defenders

Holly Petraeus '74, P'04, is not a lawyer. Nor is she a bankruptcy expert. But she is a resonating voice for those whose voices are not heard. As the daughter and wife of career Army officers and the mother of an Afghanistan veteran, she has seen more constant moves and combat deployments than most, and through her experience she emerged with a new insight into what life is like financially for veterans who return home, specifically those who return with disabilities, as well as their families.

On an early summer's morning in June 2019, Petraeus gathered a four-page document and stood before a room full of lawyers and legislators. She made a plea to the House Judiciary Committee's Subcommittee on Antitrust, Commercial and Administrative Law to pass legislation to correct a glaring error in the bankruptcy code that has effectively stripped disabled veterans of their financial support. Her experience with the military provided her with a unique perspective, which is why she was asked to join a Task Force on Veterans & Servicemembers led by the American Bankruptcy Institute (ABI).

The ABI is a nonprofit association of bankruptcy professionals, including attorneys, auctioneers, bankers, judges, lenders, professors, turnaround specialists, accountants and others. Petraeus seemed to be a natural fit, given her work on consumer financial matters impacting service members and veterans. The task force reviewed the Bankruptcy Abuse Prevention and Consumer Protection Act of 2005 (BAPCPA) and discovered that there was language in the code that was denying disabled veterans protections it provided to all other disabled Americans. "Disabled American civilians receive disability benefits from the Social Security Administration, but disabled service members and veterans do not," Petraeus said in her testimony to the House. "They get their disability benefits from the Veterans Administration or, in some cases, from the Department of Defense. So, by using specific language referencing the Social Security Act, Congress effectively denied those who had become disabled in the service of their country the rights given to other disabled Americans who did not serve."

During her research on the topic, Petraeus found that it was difficult to find military-specific data on bankruptcies because filers are not required to identify veteran status, but there are some indicators that veterans are overrepresented in the bankruptcy population. In essence, she wanted to bring these errors to light, knowing that it was certainly not the original intention of Congress to exclude veterans and service members from the ruling.

In the days that the legislators were considering the bill–the HAVEN Act, H.R. 2938, otherwise known as the Honoring Veterans in Extreme Need Act, Petraeus admired the bipartisan support for the bill. It ultimately was passed by the House and the Senate without objection, and it was signed into law on Aug. 23.

Given the arduous process of shepherding a bill to enactment, some people might have given up in frustration at the many steps to the process. But not Petraeus. For her and the bankruptcy lawyers she worked with, doing the right thing was well worth the effort.

"I've been very impressed by the fact that they're doing this for all the right reasons," she says. "I really enjoyed working with them."

Learn more about Petraeus's career in "The Accidental Economist."