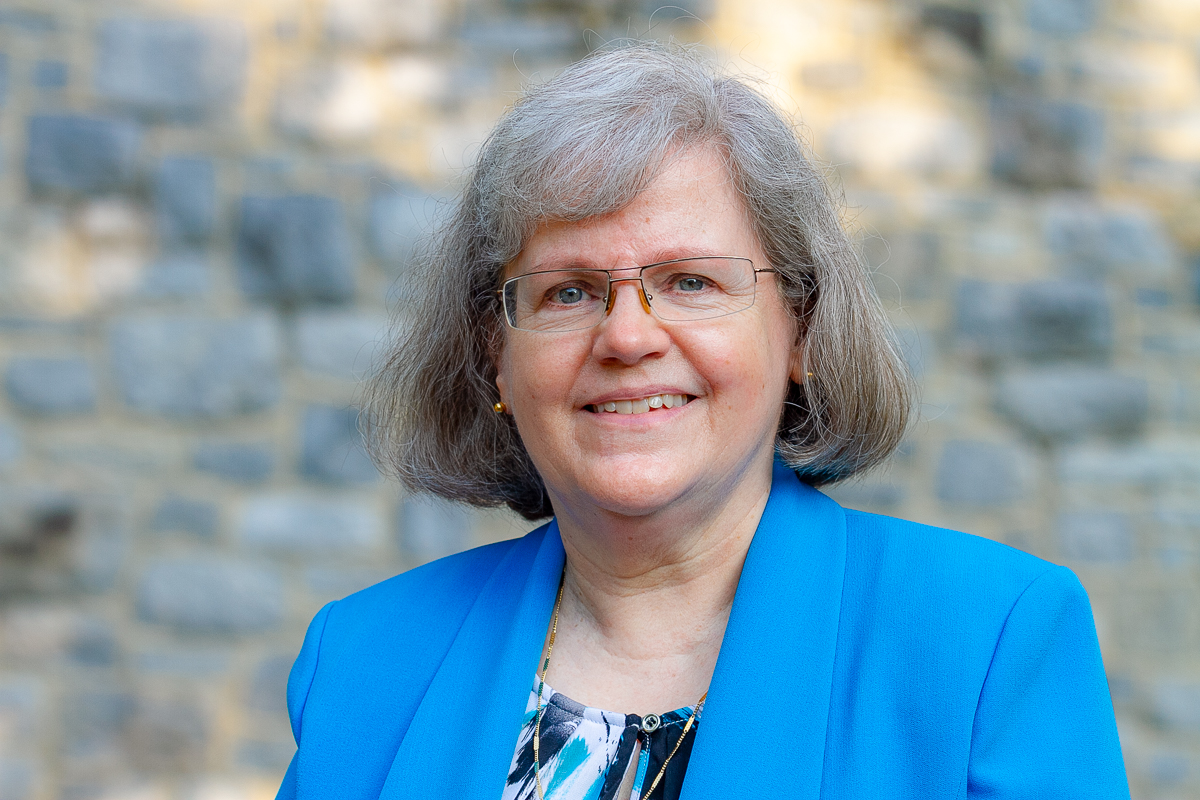 Some things have changed since Holly Petraeus ’74, P’04, first left campus. An English and French double major, she recalls her old haunts from the days when the Great Room in the Stern Center was a physics lab. But just as much as things change, some remain constant, and for Petraeus, those constants—Dickinson's ability to prepare students for an unpredictable future—has defined her long and interdisciplinary career.

After graduating from Dickinson, she got married and immediately transitioned into the nomadic military lifestyle. Despite having moved a total of 24 times in 37 years during her husband’s active military service (that’s about once every 18 months), she didn’t once regret leaving Dickinson without a solid career plan because of her rather uncertain lifestyle.

Instead, her plan arose organically from the tools and insights she gained as a military spouse. Along the way, she collected life lessons from the various jobs that she would find on base and as a volunteer. And, although she didn’t know it yet, each step was a building block toward a rewarding future.

Petraeus started out as a GS-3-level clerk, the only job she could find at their first Army posting. Government-level positions, referred to as General Schedule (GS), consist of 15 grades, from GS-1, the lowest level, to GS-15, the highest level. During that time, she learned that you should take every opportunity to grow professionally. So, by taking her own advice, she moved on to a position assigning government housing for military members and their families. There, she mastered the art of dealing with difficult people and situations, and she learned the value of having a good working relationship with your boss.

She continued to slowly climb the ranks, moving from GS-3 to GS-7 while working on post. She took life lessons from those jobs and from the subsequent 20 years as an unpaid volunteer while she raised her children, but everything shifted when her husband, former Director of the CIA David Petraeus (then a major general in the U.S. Army), was deployed to Iraq in 2003. Petraeus understood the huge responsibility she had, not only as a military wife, but as an advocate for those like her.

Becoming increasingly involved in the military community, she was noted for her expertise on military families and the issues facing them, especially financial ones. She took a job with the Better Business Bureau, creating and managing consumer advocacy programs for military families, who are often targeted by scammers. Six years later, she gave advice to then-professor and now U.S. Senator Elizabeth Warren on consumer protection for military members and their families.

Warren hired her as an assistant director at the Consumer Financial Protection Bureau, where she headed the Office of Servicemember Affairs and worked on the enforcement of such laws as the Fair Debt Collection Act, the Military Lending Act and many more before retiring in January 2017. Under her leadership, the Bureau returned over $200 million back to defrauded military members. In her job, she traveled widely to meet members of the military community and hear their concerns.

Petraeus recently returned to Dickinson to share her story with today's students in lecture titled "The Accidental Economist: How a Dickinson French Major Ended Up an Expert on Consumer Finance." Standing in the Great Room of the Stern Center, she was aglow with pride speaking about her alma mater. As she recounted all of the research, learning and questioning throughout her life and career, she connected them to the liberal-arts education she got here.