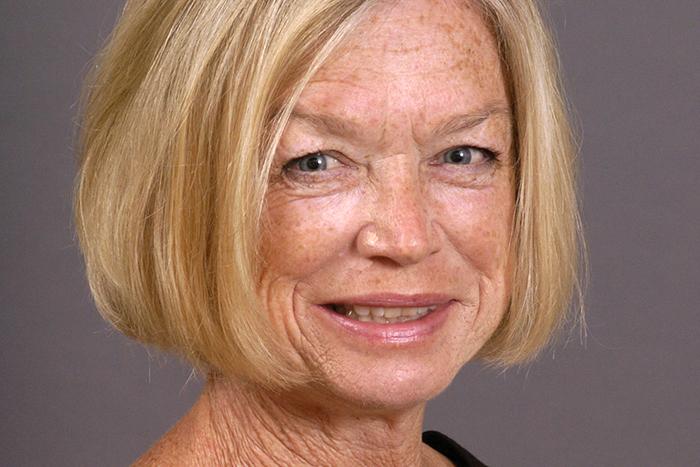 Ann Hill, professor of anthropology, recently received the 2018-19 Distinguished Teaching Award during pre-Commencement ceremonies. The award recognizes excellence in teaching and is the highest honor given to a Dickinson faculty member. It is determined by faculty voting and approved by the president.

Provost and Dean of the College Neil Weissman said Hill’s “great strengths are in discussion, student research and hands-on, one-on-one sessions.” He also lauded her research, embrace of educational technology and global vision. As he presented her citation at May’s faculty meeting, Weissman said Hill’s students characterized her classes as “fun and energetic” and described Hill as a professor who asked the hard questions.

Hill joined the Dickinson faculty in 1986. As a cultural anthropologist, she has conducted fieldwork in China and Thailand and has published on a range of topics relevant to understanding ethnicity and inter-ethnic relations in Southeast Asia. She is the author of Merchants and Migrants: Ethnicity and Trade Among Yunnanese Chinese in SE Asia and co-editor with Zhou Minglang of Affirmative Action in China and the U.S. Hill also served as the director for the Luce Initiative on Asian Studies and the Environment, a four-year grant to Dickinson from the Henry Luce Foundation. She is retiring from Dickinson in 2019.