Knowing What the Heart Wants 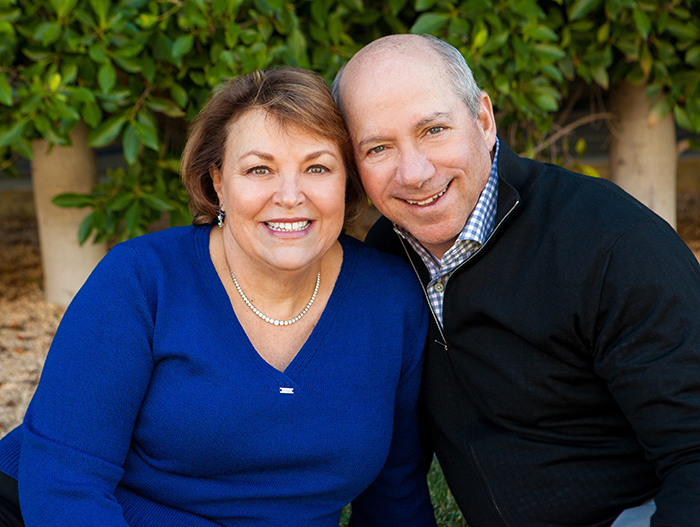 When Mark ’71 and Harriet Marcus Lehman ’72 met at Dickinson, they couldn’t have foreseen the life-changing developments in store. Four decades, two children and two successful careers later, they fondly recall the college that brought them together and helped them succeed, despite formidable challenges. Now, they’re paying it forward through a scholarship fund for students of limited means.

As an undergrad, Mark balanced his responsibilities as a history major with cross country, track and field, and student jobs in athletics and admissions; he also was a member of SAE. Harriet, a double major in history and Spanish, was a standout in the classroom; worked with the Follies; and served as an RA, tour guide and student-assistant to both the director of financial aid and the dean of women.

Mark’s family was Jewish, and his mother didn’t approve of his dating a Roman Catholic. During his junior year, his parents followed through on an ultimatum and cut off his tuition funds, but he stayed the course. “I wasn’t a spectacular student,” he remembers, “but I talked to the dean, and he made arrangements to help me stay on. To me, that speaks volumes about the integrity of the college.”

All went well until the U.S. Army came to call, during fall of his senior year. Mark was involved in the first Vietnam War draft lottery, and he left campus to go on active duty in the Army reserves. The college allowed Mark to complete his courses as independent studies when he returned to campus the following spring.

Harriet’s mother, meanwhile, was seriously ill, so Harriet left school midsemester, completing her studies remotely. When her mother’s health improved, Harriet returned, determined to graduate on time. “I knew that people at Dickinson really cared about me,” Harriet says, “and I was confident that with my solid liberal-arts education and with support, I could do anything I wanted to do.”

Harriet graduated on schedule and married Mark one week later. She taught school until the birth of their first child; when they were older, she earned a certificate in design from the New York School of Interior design and pursued a fine arts degree at Kean University. After gaining experience in the field, she launched her own company, Harriet M. Lehman Interiors.

“I had confidence in myself, because Dickinson taught me that two kids who didn’t have much could achieve whatever they wanted,” she says.

Both have worked as alumni admissions volunteers, and they’re members of the Old West Society, which recognizes donors who support the college through their estate or life-income plans. Harriet is a member of executive board of Make a Wish Orange County and the Inland Empire, and Mark is a Dickinson trustee.

They established the Mark ’71 and Harriet ’72 Lehman fund to support scholarships for worthy students of demonstrated financial need. Last year, they also hosted Claire Taben ’20 in their home as she served a seven-week internship at Mark’s company, Winplus; Mark has since committed to making a Winplus internship available to one Dickinson student every year.

“Claire said she realized the importance of giving back to Dickinson as the result of her internship. That was the best thing we could have heard,” Mark says. “That’s why we established the scholarship, and why we’re working with future alumni: We know that the people giving back are critical to Dickinson’s future.”