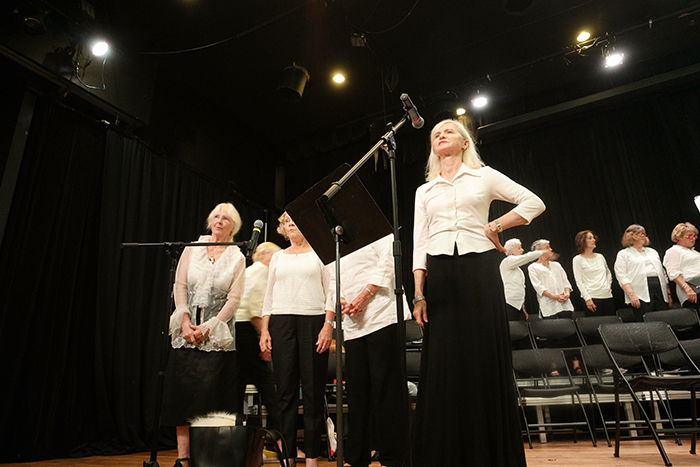 Kathryn Engle ’71’s first brush with pop-culture greatness arrived in Atlantic City, during the summer of ’64. It was the second leg of the Beatles’ first American tour, and Engle and her friends had 10th-row seats. Standing on her chair in Convention Hall—shrieking and waving her arms at Paul McCartney—Engle wanted much more than just to meet her idols. She wanted to perform onstage too.

During the next 15 years, she did perform—and also took part in two more monumental pop-music moments—before embarking on a corporate career. Now in retirement, Engle is rediscovering her love of the arts, and she’s committed to helping future Dickinsonians develop their own talents too.

Engle caught the arts bug at age four, when she enrolled in tap and ballet lessons. She performed in musicals and plays throughout high school, and fondly recalls camping out, with a brown-bag lunch, at the local movie theatre for 12 hours to catch the premiere of the Beatles’ movie A Hard Day’s Night, just one month before seeing them live in Atlantic City. (“After the show, while my friends and I chased their limousine," she remembers, "my mother, who was waiting for us in her car, in the parking lot, saw the Beatles sneak out a back door and into a laundry truck. She waved, and Ringo waved back!”)

At Dickinson, Engle declared an English major and French minor and was involved with Mime Troupe and Mermaid Players and with Follies, stepping in as student-choreographer during senior year. An Alpha Psi Omega member, she fronted an impromptu rock band for a Chi Omega talent show (and won).

She took part in another major cultural moment at Woodstock, where she caught Jimi Hendrix’s iconic finale from a spot not far from the stage, and, as a study-abroad student in England, she saw Helen Mirren perform at Stratford-upon-Avon. But it was an on-campus dance concert by Dickinson dance teacher Carol Marsh Goldstein that inspired Engle to take her performing talents to the next level.

“I’d never seen anything like it, and I knew that this was what I wanted to do,” Engle says, noting that Goldstein had come to Carlisle from NYC, along with husband Malcolm, a Dickinson music professor, just a short while before. “I was the first student to sign up for the modern-dance group.” 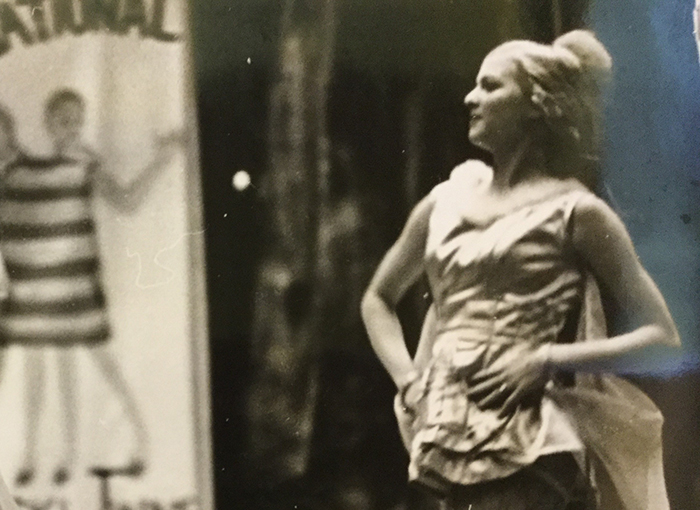 The following fall, Engle appeared onstage with Goldstein and fellow student dancers. As graduation neared, she applied for and was admitted to New York University’s dance program. But a NYC dance career wasn’t in the cards, thanks to a dashing young man Engle met the summer after graduation.

The long and winding road

That young man was a Berklee College of Music student, and at summer’s end, Engle moved with him to Boston, where they formed a band with Engle as lead singer. They performed together throughout the city and beyond, and Engle also continued to study dance, taking workshops with principal dancers from the Martha Graham and Alvin Ailey companies. Two years later, the band broke up, and Engle moved back to New Jersey, where she worked at a community college, got involved with the local arts scene and continued to study dance.

That’s when Engle experienced her third big cultural moment: On the Studio 54 dance floor, she rubbed elbows with Mick Jagger and Andy Warhol and danced alongside Elton John and Divine.

“It was a blast,” she says. “But when I turned 29, my father asked me what I was doing with my life.” She soon after took her father’s advice and accepted a job at AT&T, where he was an engineer. That marked the end of her involvement with the arts—for a while.

Engle says her broad Dickinson liberal-arts background helped her pivot to the corporate world, in part because she could converse knowledgably on a wide range of subjects, which helped her connect meaningfully with clients. After climbing the corporate ladder and earning her MBA, she retired from AT&T/Verizon at 53, as an account manager overseeing a team of sales reps serving New York’s top banks.

“As soon as I retired,” she says, “I started singing again.”

The gift of interconnectedness

Today, Engle divides her time between her summer home in New Jersey and her winter home in Florida. She applies her three-octave range to a wide variety of musical styles, as a soloist with the Sanibel Island chorus and ensemble, as singer in a rock band, at jazz and rock open-mic nights and during performances with the Masterworks Choir and Orchestra. She’s sung as guest soloist with the Southwest Florida Concert Band and performed the National Anthem at spring training games for both the Boston Red Sox and the Minnesota Twins.

Over the years, Engle has attended all but two of her Dickinson class reunions, and she’s been a member of the Old West Society since 2003. She recently set up the Kathryn Engle Fund for Theatre & Dance through an estate gift to support the theatre & dance department and provide scholarships to Dickinson students who wish to major or minor in theatre or dance.

“I believe strongly in the power of the arts in our society, because when you look at a painting or attend a concert, you come to realize that you are connected to others at a high level,” she says. “It enriches your life and raises your empathy. So it makes me feel good to know that students will be able to study the arts at Dickinson, like I did, through this scholarship.”