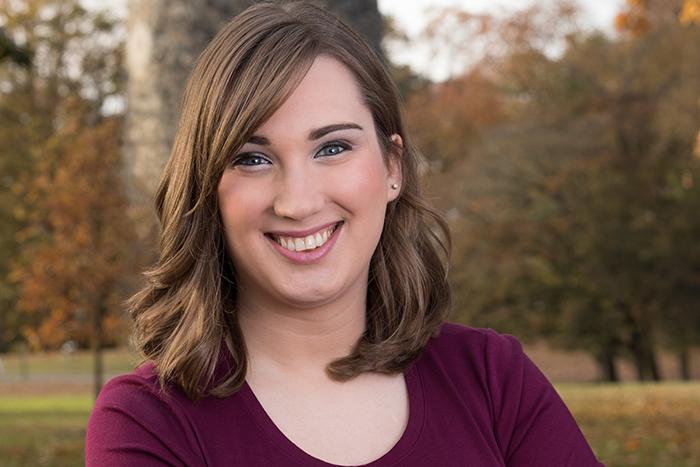 Love, Loss and the Fight for Trans Equality

Progressive activist Sarah McBride will discuss her life as a transgender woman in the talk, “Love, Loss, and the Fight for Trans Equality,” on Tuesday, March 5, at 7 p.m. in the Anita Tuvin Schlechter (ATS) Auditorium. The event is free and open to the public. A book sale and signing will follow the lecture.

McBride will share her journey to express her authentic gender identity and her relationship to the LGBTQ movement. As an activist for LGBTQ people, McBride follows in the footsteps of mid-20th century queer activists who fought to end police discrimination and rigid societal gender norms. McBride will detail how her predecessors organized rallies, protests and marches that left a lasting impact on our culture and how their fight continues in her work in the legal and political systems.

McBride is the national press secretary at the Human Rights Campaign, the nation’s largest LGBTQ rights organization. She first made national headlines when she came out publicly in her college newspaper after her term as student body president. She went on to become the first openly trans woman to intern at the White House and she helped pass gender identity nondiscrimination protections in Delaware. McBride worked for Delaware Governor Jack Markell and, in 2010, for former Delaware Attorney General Beau Biden. McBride was the first openly transgender person to address a major party's political convention when she spoke at the 2016 Democratic National Convention in Philadelphia.

The program is sponsored by the Clarke Forum for Contemporary Issues and co-sponsored by the Office of LGBTQ Services, the Women’s & Gender Resource Center, the department of women’s, gender & sexuality studies, the Churchill Fund and the Office of Institutional Effectiveness and Inclusivity. The program is part of the Clarke Forum’s Leadership in an Age of Uncertainty Series.