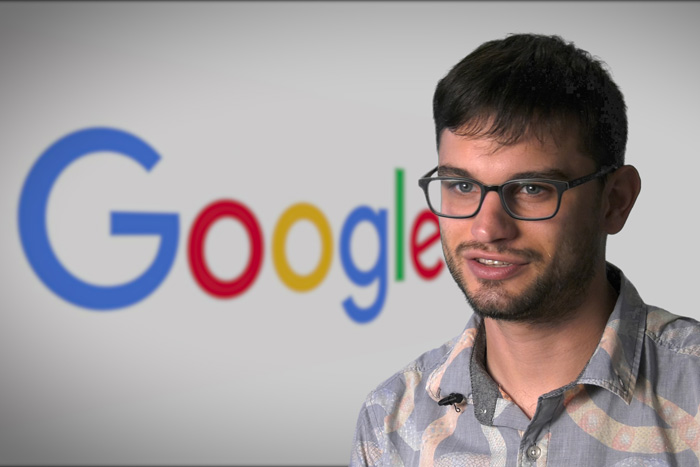 To see the value of Dickinson College’s broad-based liberal arts and sciences education in action, look no further than Trevor Cohen ’12. The one-time international studies and Latin American studies major took a wide variety of courses in areas that interested him, far outside his majors, and now he’s a managing editor with Google in San Francisco. (Cohen isn’t the only Dickinson alum to find a professional home with Google. Both Michael Lanz ’91, director of global client & agency solutions, and Brian Jankovsky ’99, director of entertainment & sports partnerships, have been with Google since 2008.)

“I get to work with designers, with engineers, with the marketing team,” says Cohen who manages a team of writers working on Google's internal knowledge base. “It’s really cool, because I also have the opportunity to learn additional skills, from web design to data analytics marketing and branding strategy. So clearly there are many ways into writing, but there are also a number of ways out into different fields.”

He’s also edited two nonfiction books: one on evolutionary theory and another on the U.S. healthcare system, and he’s writing his own book, collecting stories of those trying to build a more sustainable world, maybe the one topic he didn’t actually delve into at Dickinson.

“It’s something I felt was very urgent, but also all the messages I was hearing about climate change and the problems in front of us seemed extremely negative,” Cohen says of his inspiration. “So I wanted to move beyond that hopelessness. We're often using anger and despair as motivating factors, but we need solutions that instead focus on the world we want to create."

Cohen recently returned to campus recently to discuss his work with Google with students during a lecture titled "Forging a Career Path—Google, Environmentalism and Book Authorship."