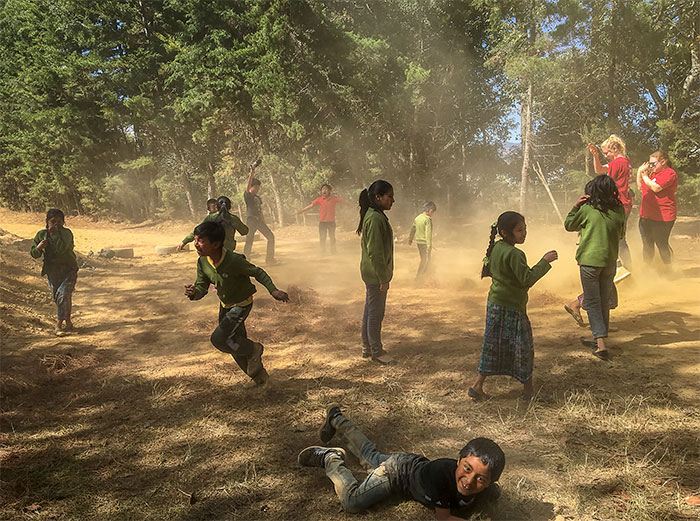 “We’re going to be known as the place that is solving the problems not just in the U.S., but those big ones that we all face around the world.”

Founding Father Benjamin Rush marched alongside the American army, signed the Declaration of Independence, served as a physician to the Philadelphia community and maintained his position among the progressive political and intellectual minds of the budding nation. He was a revolutionary in the midst of a revolution. He founded Dickinson College to offer students a useful education grounded in a strong sense of civic duty. Today, his mission lives on. In fact, Dickinson has remained a pioneer in civic learning and community engagement ever since, and under President Margee Ensign’s leadership, we are propelled with renewed energy to lead the way.

Dickinson’s vision is one of students, faculty, staff and alumni who are deliberate about creatively, ethically and productively engaging themselves and their institution in the work of the local and the global community. Dickinson is a living laboratory, and we pride ourselves on civic learning in the classroom, which helps inform hands-on learning in various communities.

Ensign has already tried and tested university-based community engagement firsthand at the American University of Nigeria. Coming to Dickinson, she brought that experience into a community with a long-standing commitment to service and ignited a synergy that fueled more than 30,000 hours of service in the past year and saw the launch of the Presidential Commission on Community and Civic Learning & Engagement. This feature includes a sampling of how some of those hours were spent and of how the Dickinson community engages the world.

launched in 2017, offering a full-tuition “engaged citizenship” scholarship to a Carlisle resident. 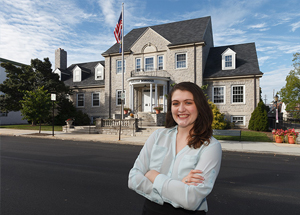 The Dickinson College Student Ambassador to Borough Council position was created in 2002 to strengthen the relationship between Carlisle and Dickinson and connect civic-minded students with the local community. “Since the borough is so integrated in our community, it’s important for students to know that we don’t live in a bubble.”

Service learning grows out of a collaborative relationship between a Dickinson faculty member and a community organization. Professors align the learning objectives of their courses with the needs of the partnering organization, so that both students and the community benefit from the relationship.

More than 50 current faculty members include at least one community-based service learning or research course in their teaching portfolios.

“I learn over and over again how compassionate and selfless and motivated students are to reach out and help others while being mindful of privilege, of trying to save others, of doing what is needed and not just what we feel good doing.” 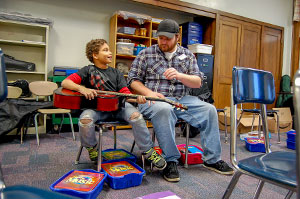 The CommServ branch of Dickinson’s Center for Service, Spirituality & Social Justice is a network of 15 programs that builds and maintains strong partnerships in the local community. Here’s a sampling:

“We want to see our students actively engage the world ‘beyond the limestone walls’ through critical engagement with the civic concerns in their fields of study, research or other forms of civic action or engagement”

In the Wider World 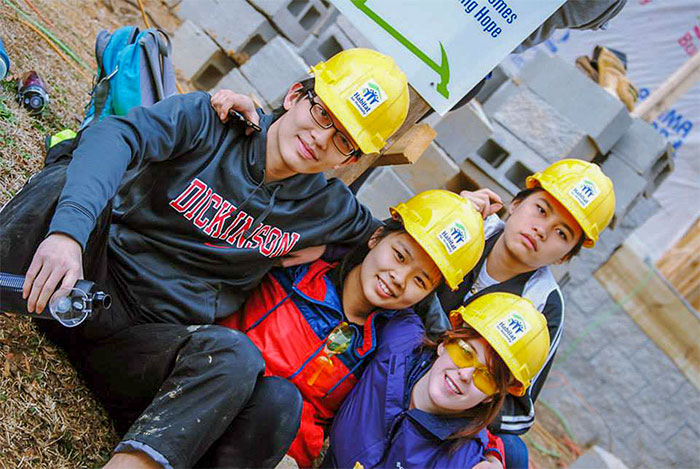 “Service certainly makes me more intentional and more critical of things. It’s a lens I take especially when I’m on service trips. I think it is very easy to over-glorify it all, but really it’s an exchange that you have with another culture. When I was in Laos, there was a lot I took away and a lot that I left there.”