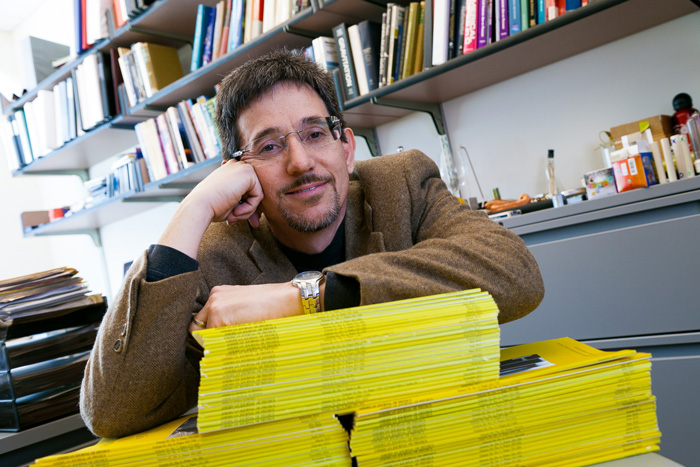 Associate Professor of Physics and Astronomy David Jackson is the 2018 recipient of the Homer L. Dodge Citation for Distinguished Service to the American Association of Physics Teachers. Photo by Carl Socolow '77.

Jackson named as 2018 recipient of the Homer L. Dodge Citation for Distinguished Service to AAPT

Dickinson College Associate Professor of Physics and Astronomy David Jackson recently earned the 2018 Homer L. Dodge Citation for Distinguished Service to American Association of Physics Teachers (AAPT). Each year, the AAPT bestows the citation upon 10 members for exceptional contributions to the association at the national, regional or local level.

Jackson has been a contributing member to the AAPT for nearly 25 years, six of which he’s spent as an editor for the association’s flagship journal, the American Journal of Physics (AJP). In addition to his role as editor, he also served on the board of directors. Currently, he is the video abstracts editor for the journal.

“The [AJP] is a journal that I have published in over the years. It’s a really fantastic journal because it combines both physics research and physics education, as opposed to research journals, which are really only readable by experts in the field,” Jackson says.

Selected for the award because of his service and commitment to the association, Jackson says he was "surprised and honored" by the citation. "I’ve been going to AAPT meetings now for over 20 years and have seen people get this distinguished service citation for a long time," he notes, "so it felt really good.”