Laying the Foundation for Foreign Service 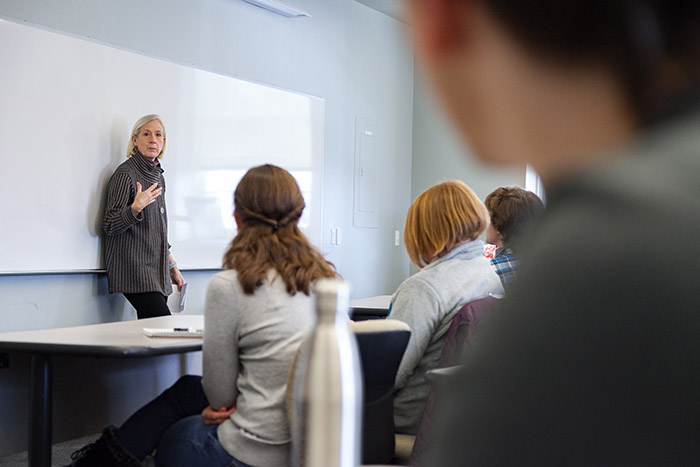 A career in the Foreign Service that spans nearly three decades, and a lifelong connection to Dickinson

Linda Specht ’82, P ’20, grew up in Carlisle—in fact, smack dab in the middle of campus—as the daughter of two Dickinson alums. Looking back at her childhood, she recalls how she used to play with her friends on the college grounds and how her parents would regularly host professors and faculty. She might not have realized back then, but this was only the beginning of a Dickinson journey that would launch a successful international career.

In the fall of 1978, Specht stepped onto the campus she’d known all her life, except this time as a second-generation Dickinson student. Initially, she pursued veterinary science, but she was determined to embark on a semester abroad. In order to make that happen, she decided to explore her newly rooted interests in foreign affairs and policy and change her major.

With the flexibility to explore her interests, Specht studied abroad in Ireland during her junior year, and after some deep reflection, she decided that she would pursue a career in the foreign service. Now, Specht serves as consul at the U.S. Consulate in Adana, Turkey. Adana is the smaller of the two U.S. consulates in Turkey, covering 22 provinces in the southeast region of the country, as well as the borders of Syria, Iraq and a portion of Iran.

While she specializes in economic affairs, she says that there is so much more to her job than that title suggests. Her ability to roll with the punches is something she credits to the liberal-arts education she received at Dickinson. “It’s intellectual resilience. We all have things that we like doing that are natural to us, and what a liberal-arts education does is it also forces you into the areas that don’t come as easily to you," she explains. "You learn to be intellectually curious about a full range of things.”

In between meetings with other foreign service members and a seemingly packed itinerary of international flights, Specht regularly connects to her alma mater to provide career advice and professional coaching for students interested in public-sector careers. Most recently, she returned to campus to discuss her career path with current students and provide insight on careers in the foreign service.

Looking back on her time as a student, an alum, and now, as a Dickinson parent, Specht finds new life and a renewed purpose in her work: “Dickinson’s been part of my whole life," she says. "It feels like I’m tapping back into my community. It gave me energy to stand before the students because I could focus on the things I love about my career. It made me realize why I do [what I do]. I am coming home when I come to Dickinson.”