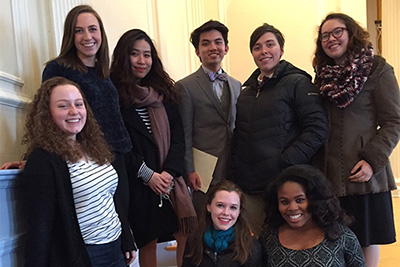 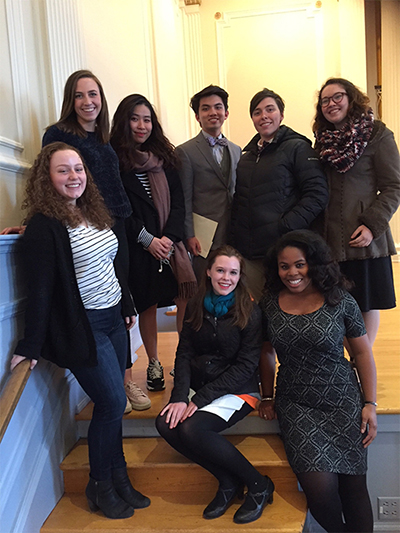 Eight Dickinson vocalists sang their hearts out during a Nov. 11 audition that pitted them against peers from six colleges and universities. Of these, four received winning scores, and two were semifinalists.

Hosted this year at Gettysburg College, the event was an audition for the Allegheny chapter of the National Association for Teachers of Singing (NATS), an international nonprofit promoting vocal education and research. Contestants with a score of 90 out of 100 were named semifinalists. The semifinalists with the top three scores were category winners.

The Dickinson contestants were:

All currently study voice with James Martin, assistant professor of music, who joined the Dickinson faculty this fall. Throughout the semester, they prepared four selections of music that collectively showcase their versatility.

The vocalists say they look forward to building on their successes.

“I feel like I did one of my best auditions,” said Benamati, who sang "Days and Days" from Fun Home, "The Writing on the Wall" from The Mystery of Edwin Drood, "Living in the Shadows" from Victor/Victoria and "I Gotta Crow" from Peter Pan. “It was an exciting experience.”

"Winning NATS has provided me the reassurance that my voice has grown tremendously throughout this past year," said Pierre, whose repertory included George Gershwin’s "My Man’s Gone Now" and Reynaldo Hahn’s "L’Heure Exquise." "I am very much looking forward to the spring NATS competition and hope I do just as well."