Giving Voice to the Liberal Arts 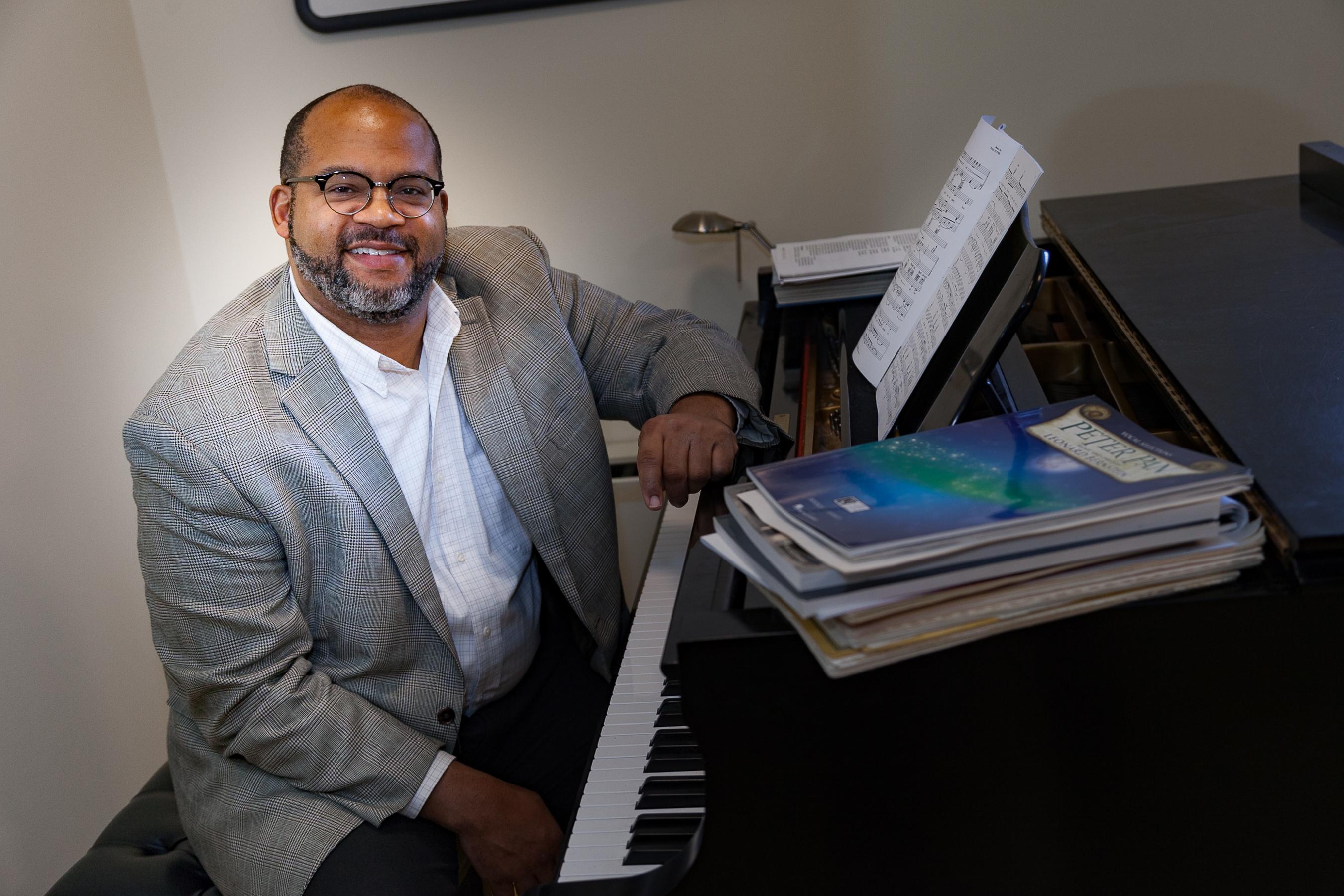 Assistant Professor of Music James Martin, baritone, has received international critical acclaim for his performances in opera, concert, musical theatre, on recordings and as a teaching artist and coach. Martin received his master of music degree from the Juilliard School, receiving the SONY Elevated Standards Award and the William Schuman Excellence and Leadership in Music Award. He holds a B.M. from Illinois Wesleyan University (President's Award) and has apprenticed with the Juilliard Opera Center, San Francisco Opera, the Santa Fe Opera (Katherine Mayer Award) and Les Jeunes Voix du Rhin in Strasbourg, France. He has toured prestigious stages, concert halls and festivals throughout North America, Europe and, recently, Asia. Martin can be heard on the Naxos, Albany and Copland House Blend recording labels. Currently he is working to publish a new volume of songs commemorating the work of the distinguished African American composer William Grant Still as well as a recording of music by modern African American composers. Below, Martin shares how he first got interested in music, what excites him about teaching at Dickinson and what he's working on next.

I love teaching in a liberal-arts curriculum, and Dickinson’s reputation as a fine liberal-arts community with such an incredibly diverse community is really appealing to me. It is also good to be so centrally located between New York, Philly, Pittsburgh, D.C. and Baltimore.

What excites you most about teaching?

The diversity of student inquiry. It excites me to have an opportunity to work so closely with really inquisitive young people and have a hand in helping them achieve their goals.

How did you first get interested in your field of study?

I was attending a concert as an undergraduate and was so excited at the possibility of being an artist/scholar that I decided then and there that I would be a professional musician.

Tell us about something exciting on the horizon for your scholarship/teaching.

This year I will sing my first Verdi Requiem, and it will be with many of my Dickinson students in the chorus as well. In addition, I have a faculty recital and the Fall Choral Concert to share my gifts with the community.

If you weren’t a college professor, what would you want to be doing?