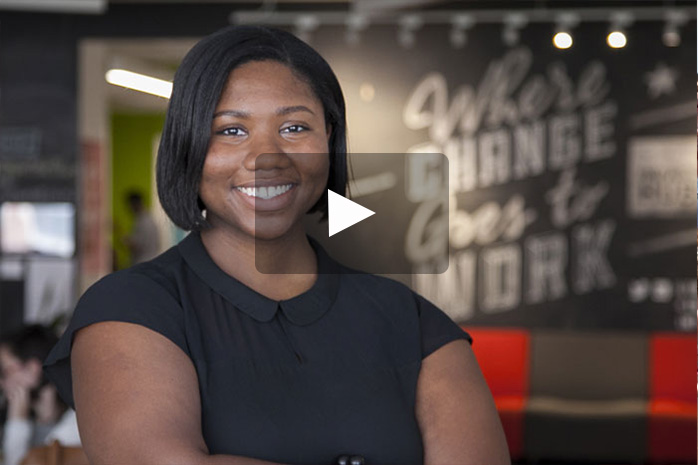 STAND: The Student-Led Movement to End Mass Atrocities was founded in 2004 as Students Taking Action Now: Darfur, a movement to address and bring attention to the genocide occurring in Sudan at the time. Now, STAND has evolved, expanding its efforts to other regions around the globe affected by genocide and mass atrocities.

This summer, Ashley Morefield ’18 is helping the cause, interning at STAND in Washington, D.C.

“I’m an international studies major, so I’m always around these issues in general,” says Morefield. “So I thought that working with this organization would be really important and still help me learn about different crises that are outside of my usual scope.”

Morefield works on social media, policy briefs and advocacy initiatives to advance STAND’s mission. And she says that through education, activism and youth empowerment the organization is making a real difference. It’s also making a difference to Morefield personally.

“The combination of my Dickinson studies and this experience has really prepared me for a future in conflict prevention and resolution,” she says.