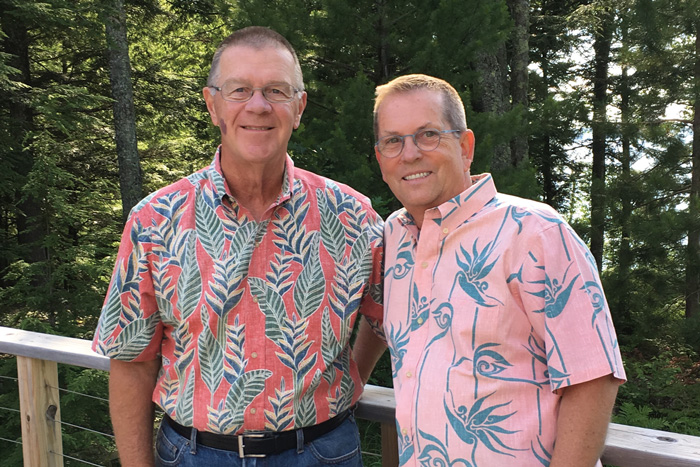 “Dickinson taught me how to think critically and really set me up for good opportunities in the business world."

Dickinson gave Rick Dissinger ’65 everything he needed to launch and manage a successful business. When it came time to give back, he wanted to find a way to make the most significant gift he could and leave a legacy for the future.

To do that, he joined the Old West Society by making plans through his estate to support the college’s endowment.

“As soon as I arrived on campus, I fell in love with the place,” recalls Dissinger, who gained critical thinking and leadership skills through the small classes, ROTC program and Greek life. “The interaction with professors, the fact that I wasn’t sitting in big lecture halls, I was able to get that close connection with the faculty. Dickinson just opened my mind to so many things I hadn’t been exposed to before.”

After graduating with an economics major and earning an MBA from the University of Pittsburgh, Dissinger launched a career in insurance, focused on managing retirement accounts. He then parlayed his expertise in the field into his own Los Angeles-based business, creating and managing retirement plans for other companies.

Along the way, he met his partner of 42 years, Guy Hutchison, and settled in Palm Springs, California. Two years ago, he sold his company, retired and now enjoys golf, pickleball, volunteering and traveling with Guy—especially to Hawaii, which has inspired him to spend most of his time these days in Hawaiian shirts.

When he and Dissinger began planning for their future and looking at how they could best impact Dickinson’s future, joining the Old West Society just made sense.

“I’ve tried to make a contribution to Dickinson almost every year since I graduated because I had such a great experience,” says Dissinger. “Now, when I thought about how I could make a more significant gift, including the college in our estate plans was the best way to do that.”