Pride of the Susquehanna 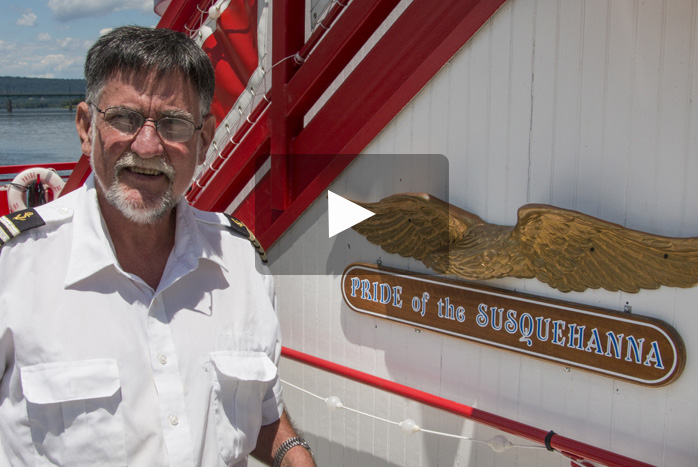 Roy Rogers ’75 captains the Pride of the Susquehanna, one of the country's last flat-bottomed paddle-wheel boats

Roy Rogers ’75 is the captain of the Pride of the Susquehanna, a riverboat that launches daily from Harrisburg’s City Island. And he says the water is where he’s meant to be.

“I’ve always been what they call a water dog,” says the former sociology and English double major, who got his diving certification at Dickinson in 1972.

The Pride of the Susquehanna is a flat-bottomed paddle-wheel boat, one of only six or seven still in operation nationwide. But it’s the perfect vessel for the shallow stretch of the Susquehanna River where Rogers steers it through its daily tours. Those tours have given more than a million riders a new look at the city and City Island since 1988. And Rogers sees them as both a great way to relax and the perfect way to explore and build appreciation for the environment around us.

“I think if we have any hope of educating people not only of the history of this resource but of preserving what’s left of the natural world, [we have to] get people on the river and convince them of the inherent value of this wonderful piece of nature here,” he says