Distinguished Alumni Awards to be presented during Alumni Weekend

Each year, Dickinson's Distinguished Alumni Awards recognize outstanding alumni for service and professional achievement. Selected entirely by fellow alumni, the recipients are honored during Alumni Weekend, which also recognizes the college's Volunteer Award winners. This year, the following Dickinsonians will return to campus to receive their awards on June 9.

The Walter E. Beach Distinguished Alumni Award for Service
JENNIFER WARD REYNOLDS ’77
As the chair of Dickinson’s Board of Trustees since 2008, Jennifer Ward Reynolds ’77 has had a transformational impact on the college. In addition to guiding the largest capital campaign in Dickinson’s history as co-chair of the First in America campaign, Reynolds presided over the college’s most extensive campus-enhancement effort since its founding. With her husband, George, she has made numerous gifts to the college, earning a spot in the Founders’ Society, which recognizes donors who have given more than $1 million to Dickinson. Currently a partner and director of the commercial real estate firm Ward Properties, Reynolds spent over 30 years in the asset management business. She has twice been named one of Maryland’s Top 100 Women by Warfield’s Daily Record and is a past recipient of the Distinguished Women award from the Girl Scouts of Central Maryland. In addition to her leadership work with Dickinson, she has served on the boards of the National Aquarium, the Walters Art Museum, Sheppard Pratt Hospital, Stevenson University and the Baltimore School for the Arts. 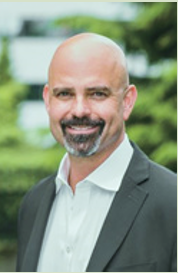 Distinguished Alumni Award for Professional Achievement
TONY MESTRES ’92
Tony Mestres ’92 is the president and CEO of Seattle Foundation, one of the largest community foundations in the country. In this role, Mestres directs the strategic counsel and support provided to more than 1,200 individual, family and corporate philanthropists and oversees the investment of $100 million in charitable grants annually. Prior to joining the foundation in 2014, Mestres built a 22-year career in the technology and communications industries, which included serving as a vice president of sales and marketing at Microsoft. Mestres also serves on the boards of the Seattle Chamber of Commerce, Seattle International Foundation, Social Venture Partners, City Year Seattle/King County, Washington Roundtable and the Council on Foundations. 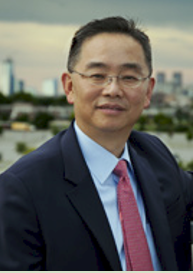 YOUNG PARK ’87, P’20
Young Park ’87, P’20 studied economics at Dickinson and followed it up with law school at the University of Pennsylvania. However, his career took a major turn roughly 15 years ago, when he invested in a biotech startup a friend was launching. Cut to years later, and Park has left his law practice behind and is now the president and CEO of GeneOne, based in South Korea, a biotech company that has Park at the forefront of fighting the Zika virus, a mosquito-borne virus that’s been found to cause birth defects in babies born to infected mothers. In July 2016, GeneOne’s experimental vaccine became the first Zika vaccine tested on a human subject, and Ebola and MERS tests are close behind. 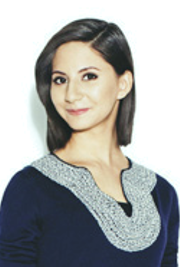 Outstanding Young Alumni Award
NOORJAHAN AKBAR ’14
An outspoken women’s and human rights advocate, Kabul native Noorjahan Akbar ’14 co-founded Young Women for Change,  an organization focused on women’s empowerment, while at Dickinson. Since then, she has worked with global organizations focusing on women’s social and economic empowerment and started a collective of women writers in Afghanistan. Akbar was Glamour magazine's College Women of the Year in 2013 and has been named one of Forbes' 100 Most Powerful Women of the World and one of The Daily Beast's Women Who Shake the World. She has written for and appeared on Al Jazeera, The New York Times, and Foreign Policy, among other outlets. 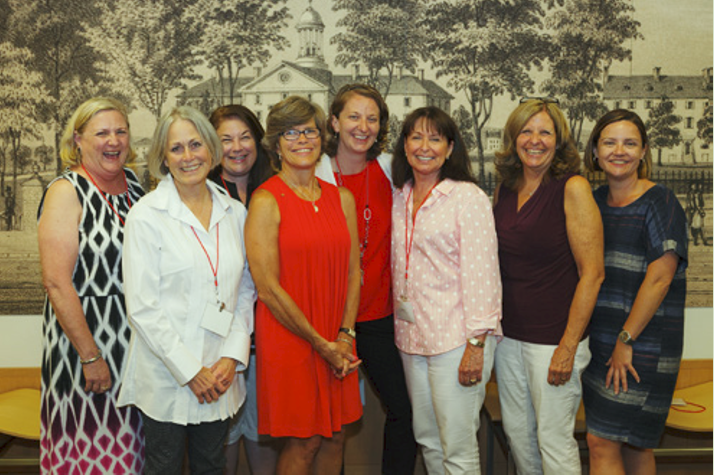 Formed roughly two years ago, the Delta Nu Alumnae Advisory Board has quickly had an impact on the Delta Nu sorority. Spending hours collaborating with current Delta Nu members and the college administration, the advisory board crafted events and programs that highlighted the narrative of the sorority’s creation and reaffirmed its core values of sisterhood, academic achievement, social consciousness, community service and leadership. Whether connecting chapter officers with alumnae experts, creating networking and mentoring opportunities for seniors, facilitating leadership education or organizing paint nights with the chapter, the advisory board has gone to great lengths to help current Delta Nu members uphold the sorority’s founding ideals.

The college's Volunteer Awards are presented to distinguished alumni and parent volunteers who have demonstrated outstanding commitment to Dickinson through their consistent and dedicated service. This year's Volunteer Award recipients are:

Presented to the Dickinson alumnus/a who has a deep engagement with admissions volunteer opportunities, taken initiative in outreach to students and families and who has the ability to reflect current Dickinson information while connecting future outcomes.

Presented to the Dickinson parent who has a deep engagement with admissions volunteer opportunities, taken initiative in outreach to students and families and who has the ability to reflect current Dickinson information while connecting future outcomes.

Presented to a Dickinsonian who has provided significant and consistent contributions toward the advancement of Career Center programming and services in one or more of the following ways: participate in career programming, post jobs or internships with his or her organization, participate in on-campus interviewing, regularly attend networking events, and/or host a networking event.

Presented to an alumnus who has provided significant and consistent contributions toward the class-correspondent program for Dickinson Magazine and who goes above and beyond to encourage his or her classmates to connect with the college and one another.

Presented to a class agent who has most successfully encouraged class engagement with Dickinson and class participation in the Dickinson Fund during the past fiscal year.

Alumni can register now through May 30 for Alumni Weekend, which will be held June 9-11.