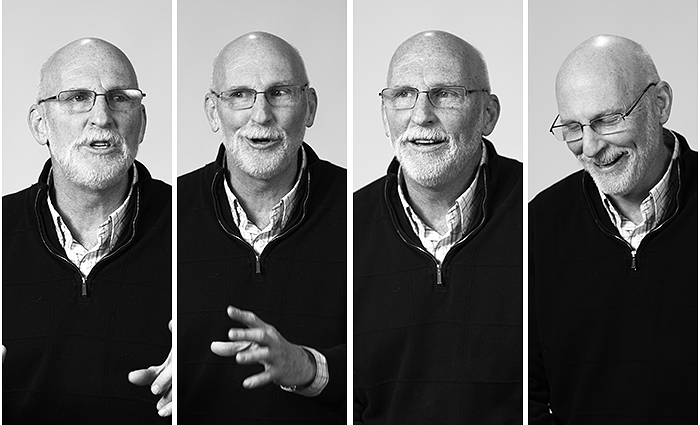 by Christine Baksi; photos and video by Joe O'Neill

Jim Hoefler, professor of political science, discusses the policy and culture of dying in America and the importance of planning for it.

What led you to end-of-life decision making and right-to-die policy as primary areas of scholarship?

I have always been fascinated by the differences in policies across states allowed by the American brand of federalism. A good example of this came to my attention in the early 1990s with the case of Nancy Cruzan: a young Missouri woman who had been kept alive for several years in a persistent vegetative state after a tragic car accident. When members of Cruzan’s family attempted to get court permission to discontinue the only thing keeping her alive—a feeding tube—the state of Missouri opposed them in court.

I followed this case closely and started unpacking the patchwork quilt of state policies in an area that came to be called “the right to die.” This all led to the writing of my first book: DeathRight: Culture, Medicine, Politics and the Right to Die.

At about the same time, my own grandmother was beginning a similar journey in New York. She suffered from advanced senile dementia and eventually required tube feeding to keep her alive in what could only be described as a quasi-vegetative state. This made the stakes for getting to the bottom of this issue even higher and more personal for me. What do each of the states allow a family to do in situations like these? I wanted to know. I needed to know. But the more questions about state policy I asked, the more questions arose.

Shortly thereafter, the case of Joey Fiori—a scenario very similar to that of Nancy Cruzan—arose in Philadelphia. Now, with proximity on my side, I had the ability to interview the caregivers, family members, judges and health care administrators who were directly responsible for deciding what could and could not be contemplated here in Pennsylvania. This work led to the writing of my second book, Managing Death, and I have been following the literature, reading the cases and interviewing stakeholders ever since.

We hear about a disconnect between what doctors would choose for themselves at the end of life and what options they offer their patients. What have doctors told you about this?

Doctors I have interviewed say they would not want the same kind of intensive medical interventions at the end of life that they typically provide their patients. Rather, they tend to emphasize the quality of their dying process over the quantity of days they survive. Many doctors, they argue, would love to share these thoughts with their patients but fear doing so would cause those they care for to lose faith in them.

You recently wrote in a STAT op-ed, “Well-intentioned but misguided choices about end-of-life care may be in your future unless you spend some time having heart-to-heart conversations with those you love about what is important to you when that time comes.” Why are those conversations such difficult ones to start?

Americans are in denial about their own mortality, and have been since the turn of the 20th century. Before then, Americans were more accepting of death. Death was inevitable back then—just as it is today—but there was not much medical professionals could do to stave off one’s demise before the rise of modern medicine in the early 1900s. Today, the promise that medical professionals can buy us or our loved ones facing serious illness a few more days, months, or even years with their interventions makes talk of death seem morbidly premature.

Your website, Caring During Serious Illness, was developed in collaboration with students. Talk about their involvement and interest in the subject matter.

Students in one class helped me rank the videos so that the most compelling ones are seen first. They also helped me abstract key takeaway points from each clip. More generally, students seem quite interested in the topic. I have taught courses on death for a number of years now, and the classes are always filled to capacity.

Gawande, Atul. 2014. Being Mortal: Medicine and What Matters in the End. New York: Metropolitan Books.

Nuland, Sherwin B. 1995. How We Die: Reflections of Life's Final Chapter. New York: Alfred A. Knopf.