A Flight Cheaper Than Lunch 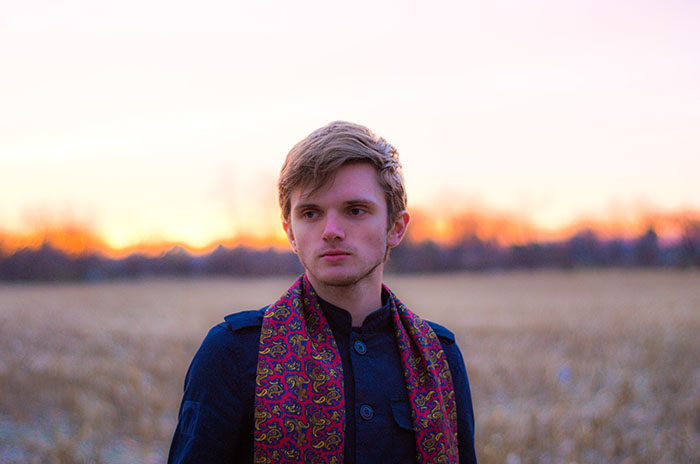 Ellis Tucci ’20 (economics) is an avid skier, musician and poet who took his first small-aircraft flight lesson at age 10. Today, he’s a student-entrepreneur with a startup he’s designed to revolutionize air travel. He's participated in Princeton’s Tigerlaunch (ranked in the top 45 of all startups in the nation) and U.C. Davis’ Grad School of Business Big Bang (ranked in the top 15). He's also training to swim the English channel, and he writes and produces a podcast series, Hidden History. Tucci discusses what it’s like to be CEO of his own business, the thrill of filing for his patent (in a laundromat, during a cross-country trip) and his passion for learning new ways that economists can tap this “science of human interaction” to find solutions “through the engine of economic empowerment.”

I’ve wanted to be an economics major for the better part of a decade; I believe economics to be the science of human interaction, and I’ve always been interested by the human insights it brings. One of the most promising ways that we can address the problems of tomorrow is through the engine of economic empowerment.

… Well, ever since middle school, I’ve been told by teachers and friends alike that one day I’ll grow up to be a supervillain, but when I was a young, I actually wanted to be an architect, an aspiration that stayed with me until high school.

I’ve been flying small aircraft since age 10, and participating in horse shows since I was 8. I’m an avid skier and musician, and regularly publish poetry under a pseudonym.

For almost two years, I’ve been the CEO of my own aviation tech startup, Bulletin Technologies. We run a localized municipal airport ridesharing platform for over 4,200 airports that could most easily be described as “Uber for planes.” It’s taken an incredible amount of work, but Bulletin has grown from just me and my laptop to a burgeoning Delaware-based company with subsidiaries, employees and intellectual property. Starting and running Bulletin has been one of the most challenging things I’ve ever done, and if it’s taught me anything, it’s that progress is borne of sacrifice. If I get my way, I’m going to bring the freedom of travel to every single American. I’m going to bring you a flight cheaper than your lunch.

I hope to continue running my company, Bulletin Technologies, and work toward completely revolutionizing the way that people travel. At some point, I would like to earn a doctorate in economics, then devote the remainder of my life to advocating for nature-preservation groups and working toward the development of scalable clean-energy solutions.

That wearing obscenely colorfully patterned clothing is a great way to break the ice when meeting new people.