He Shoots and Scores! 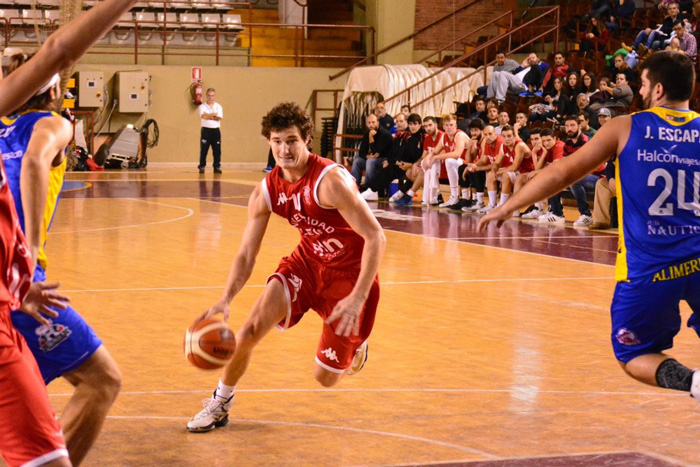 Ted Hinnenkamp ’16 recently packed his bags and headed overseas to live in Spain. Any number of endeavors could lure someone to live abroad, but if you know Hinnenkamp, it’ll come as no surprise that he relocated to play professional basketball, for ULE Fundacion Baloncesto León.

“When I graduated in May, I was already pretty set on coming to play somewhere in Europe,” says Hinnenkamp, who’s been in his new home city—León, in northern Spain—for about a month. “Being able to play basketball for a living while traveling and experiencing different cultures and other parts of the world is a special opportunity.”

Hinnenkamp, an international business & management major while at Dickinson, was a serious standout as a Red Devil, and with him the team made the playoffs all four years and won the Centennial Conference (CC) championships in 2013 and 2015. He helped lead the team to an overall record of 82-34 over his four years on the hard court and capped his collegiate career as a unanimous selection to the All-Conference first team and was named CC Men's Basketball Player of the Year.

And if all those milestones aren’t enough, check out Hinnenkamp’s March 2015 buzzer-beater, which propelled the No. 10 Red Devils over No. 7 Albertus Magnus and ensured the team’s second straight NCAA Division III Sweet 16 appearance.

Hinnenkamp landed with León when his agent—who also represents Hinnenkamp’s former teammate Adam Honig ’15, who plays pro ball in Israel—matched him up with the team. Since he’s been in Spain, Hinnenkamp has found that his German minor didn’t quite prepare him for a small Spanish town where next to no one speaks English. But with a little help and the immersive environment, he’s getting there.

“I don’t speak any Spanish, and León is not a city with many tourists, so the average person doesn’t speak English,” he says. “Luckily, two teammates and two coaches are able to speak and translate everything, and I'm putting a lot of effort into learning the language and have begun to pick it up.”

On the court, the language barrier gives way to Hinnenkamp’s talent, and he hopes to ramp up his game even more over the course of the season and position himself for further success.

“I’m most excited about continuing to play and improve on a professional level,” he says. "The team and the city are great, and everyone is very friendly and willing to help out with any issues that arise. There is plenty to do in the city, and we have a young, energetic team, so it has been a fun experience so far.”