A Conversation With David Satcher: From the Liberal Arts to Zika 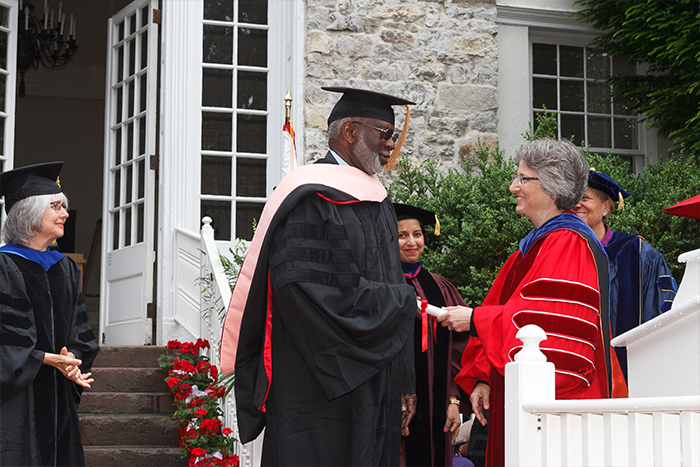 On campus to receive an honorary doctor of public health degree, the former U.S. surgeon general opens up about a range of issues

David Satcher has served as U.S. surgeon general (1998-2002), assistant secretary for health in the Department of Health and Human Services (1998-2001) and director of the Centers for Disease Control and Prevention (1993-98).

When he visited campus during Commencement weekend recently to accept his doctor of public health honorary degree, he sat down for an interview on the value of the liberal arts, the threat of the Zika virus and what graduates now take with them into the wider world.

Graduates in the liberal arts

“Life is a gift, it’s an opportunity, but it’s also a responsibility,” Satcher says. “And I would advise [graduates] to take that seriously.”

A physician-scientist and public health administrator, Satcher is the founding director of and senior advisor for the Satcher Health Leadership Institute at the Morehouse School of Medicine in Atlanta. But he emphasized that medicine alone hasn’t been the foundation for his remarkable career.

“I’ve had a great career in medicine and science,” he says, “but I wouldn’t trade anything for the liberal-arts education that I received.”

Satcher says Zika virus disease is a threat that needs to be taken seriously and needs to be addressed swiftly and decisively.

”I’m very concerned about Zika,” he says, noting that the nature of the virus—that it attacks the brains of children developing in utero—is what concerns him most. “I wish Congress were too.”

Carried by mosquitos and transmitted through their bite, Zika causes symptoms such as fever and rash in the general population but can have severe consequences for babies of mothers who contract the disease. Due to a surge in documented cases, in February the Zika virus was named a Public Health Emergency of International Concern by the World Health Organization.

“I’m not a politician; I don’t think it’s a political issue,” says Satcher, who says the CDC is going to need any support they ask for in fighting Zika. “I think it’s a humanitarian issue. I don’t think we should be comfortable with a virus like that moving throughout the world.”