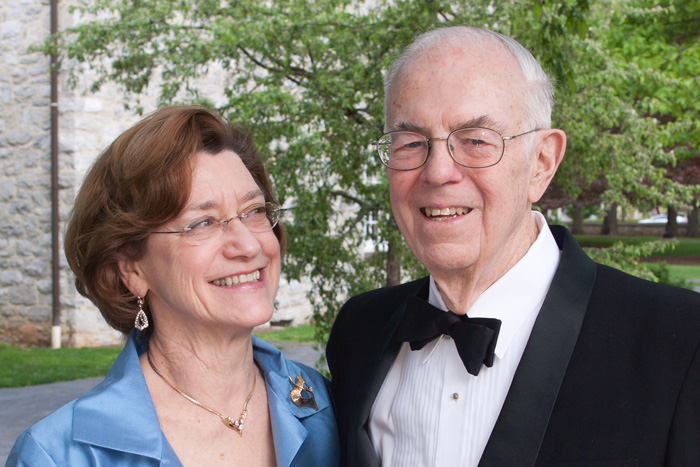 Harold "Hal" Saunders, Dickinson honorary degree recipient and husband of Board of Trustees member Carol Jones Saunders ’62, died on Sunday, March 6, after a battle with prostate cancer. He was 85.

Best known for helping draft the 1978 Camp David peace accords between Israel and Egypt and assisting in negotiations for the release of American hostages in Iran in 1981, Saunders served under six U.S. presidents as a diplomat and peacemaker. His career included posts as deputy assistant secretary of state, director of the State Department’s Bureau of Intelligence and Research and assistant secretary of state for Near Eastern and South Asian affairs. After leaving public service, Saunders wrote several books on diplomacy and was director of international affairs at the Kettering Foundation.

He accompanied Carol to many Dickinson trustee meetings and left his own mark on Dickinson through the development and mentoring of Dickinson’s chapter of Sustained Dialogue, a worldwide organization he founded, which is dedicated to overcoming conflict through dialogue. Together with Carol, Hal consistently supported the college and established the Carol Jones Saunders ’62 Fund for the Toulouse Center Directorship in 2011.

In 2004 the college recognized Saunders as an official Dickinsonian, awarding him an honorary Doctor of International Relations degree.